I remember watching an arguably acceptable ad about eating Lamb and it’s relevance to Australianism, in particular the importance of eating lamb on Australia day but this is tears because not only will I not be eating lamb on Australia Day but I’ll be out of the country being most likely quite un australian..  however, I consider myself an ambassador for this fine nation simply through my non-cannibalistic notions towards lambs.  Although that was more a figure of speech and not at all a representation of how much lamb i eat (lots) and how much lamb I’d like to eat (bulk).  This will be the second year in a row that I’ll find myself, a lonely strayan, in california but it’s casj..  i guess it’s a second zone to some degree but i dont like LA, it’s a hole, however it’s very fun and very american!  luckily i’ll be in sanfran, the greatest city on earth and a place i will have no difficulties celebrating as it’s got the best skating, best city scape, a sick beach , glorious crew, and victorious eating..  i guess, oddly, that my levels of celebration will be immense as
I took some daddy steps yesterday and bought some gnarly travel insurance, which is a relief!  for 2 reasons, firstly, if i was to lose my camera bag i’d be completely fucked- in the sense of loss of livelihood, ability to generate income and general purpose in life!  even worse would be if i injured myself in usa without it because any healthcare would send me immediately broke.  yay.
it’s already looking deep, it being 2014 and deep being depths..  and in this case depths specifically refers to taking photos in nice places.  I finally have some sort of plan but as usual the vagueness is outstandingly vague, as is the spontaneity, but at least now i know what i’m doing until early March (LA and then a month in South Africa) and thats about as far ahead I have to trouble of being able to plan for.  I was planning to purchase bulk luxury sleeping/camping gear from this Australia distributor that Goodtime uses for misc adventure tech but i’ve not enough time so i’m taking a new route… a route of luxury!  It’s the sleeping hammock route, not simply sleeping in a hammock, but an all weather cocoon of cosyness.  I’m excited!!   I’m also ditching another 2grand on camera stuff which is ultimately a 🙁 situation but a 3rd flash and a fisheye will result in bulk 😀
woo, gotta get to work, then watch some ballet, then pack and then fly wooooooo :v so here’s some misc shiet!
Paris Truck Co. Presents: Matt K in Life In The Fast Lane from Paris Trucks on Vimeo.
i filmed this video with Gabe when we were staying on mt. Ruapehu last Feb.  I think it’s pretty dope albeit sometimes sloppy but thats no cause for concern for me. 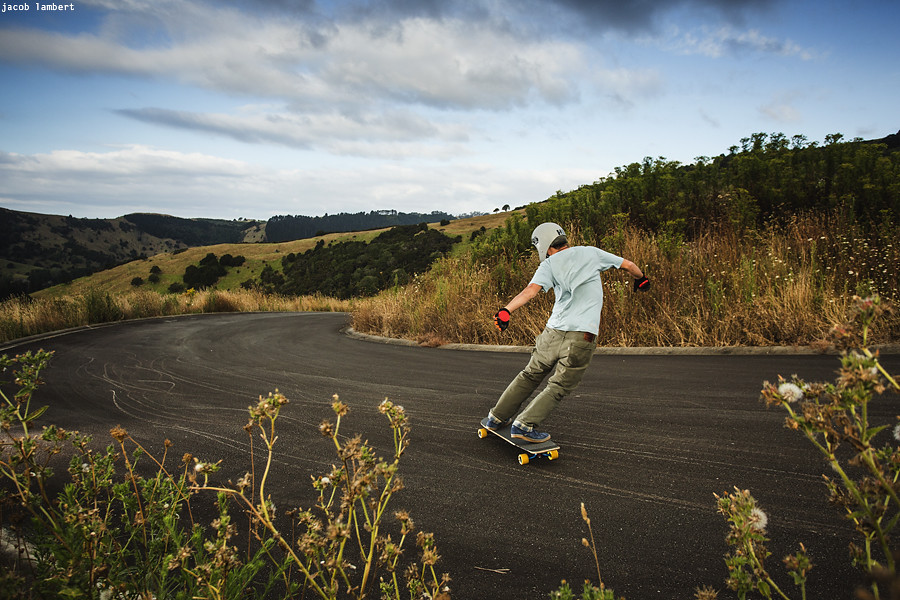 here’s bob again, also in NZ but at a different hill. 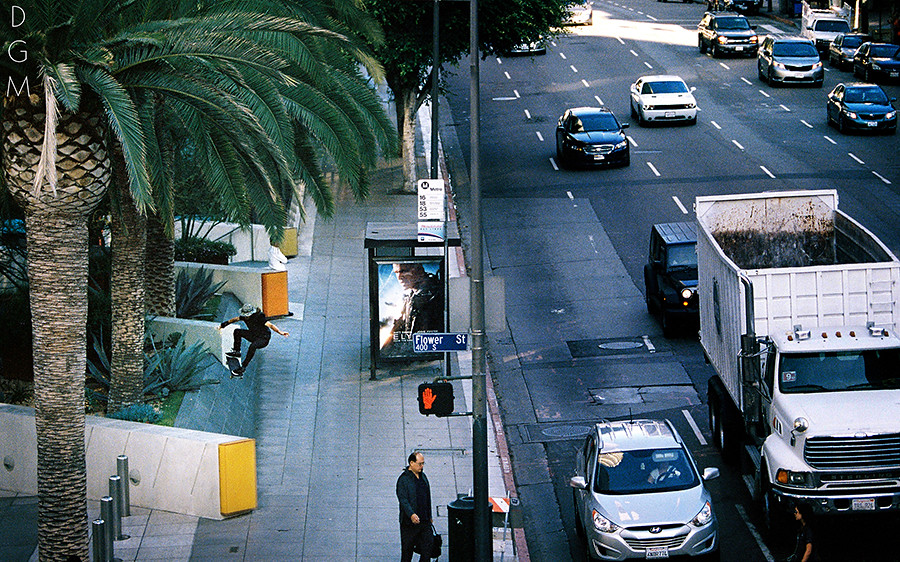 this one was shot for DGM in Downtown LA with Kody Noble on my midyear trip up there, we spent the arvo crusing around and got some nice ones, more importantly had a sick time and it was the first time i’d ventured into downtown..  i’ve been to LA numerous times but never explored as i tend to keep my visits transient, this time i’m there for a while though 😀
i wrote this the day before i flew to the USA.  I’m now resting in a quite little zone in the south of Los Angeles…….  I’m living the american dream of eating lots- it’s sick!!  How I’ve stayed here 5 times prior yet never sampled randy’s!  i’d even taken a photo of the place.  anyway, epic donuts and lots for cheap.  plus mexican food! they’re in no way blind to their phenomenal cuisine, clear when considering my daily lunch spot in Compton called Hit The Spot..  Since arriving last thursday i quickly ventured to Landyachtz before driving up to san francisco with my buddy brian to hang out with my buddy aaron to talk important things relating to design and a future medium plus lurk and enjoy the silicon valley.  We lurked some beautiful roads amongst the redwoods before popping into santa cruz and then up to the sunset district, smack bang in ideality and everything i enjoy. 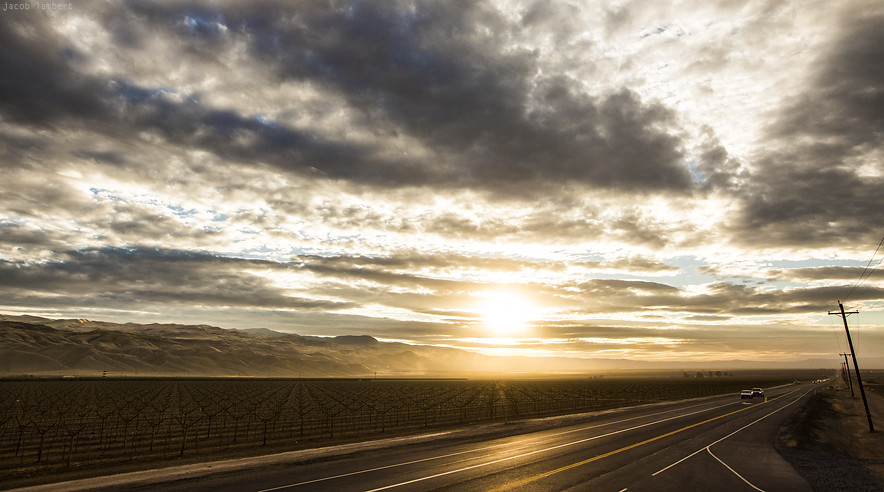 We stayed with this dude called big dave who is a next level dude, his generosity is astounding- not just in the sense of letting too many people crash at his house but to the community and the sport and everyone around him, not simply talking stuff, i’m also preaching that to experience his soulfulness is a gift in itself.  On multiple occasions he has facilitated me the best times of my life and i’m most certainly not the only one.  true legend status. 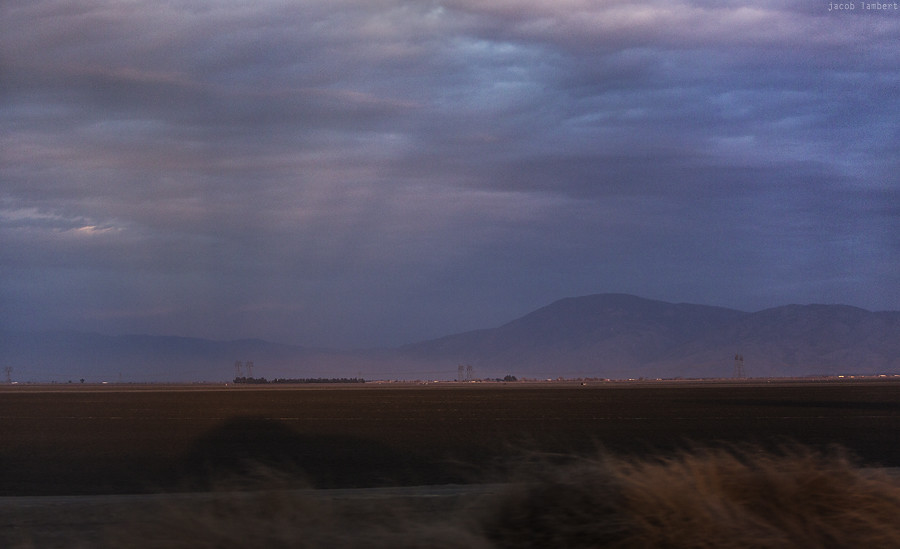 So I lurked sf with brian till monday before heading back to LA.   As I was preaching earlier about Australia day, I had it in SF on a sunny day and began with a lil shralp to a bacon, avo, cheese muffin/biscuit thing and coffee before heading back to the house, consequently the Sliders Bus, to the biggest park west of the Mississippi for a 200 person strong race to the beach, it was sick.  I then tried to buy a Forsters, which they sell here, unlike Australia, even though Forsters is australian for beer and truly is, according to everyone i’ve met anywhere outside of Aus.  It’s sick, tastes like VB.   Anyway, I didn’t have my I.d. so i was denied my sovereign right, as an australia, to drink beer, i was teared.  but that qualm was quickly cooled and then we had a mad slide well into the sunset. 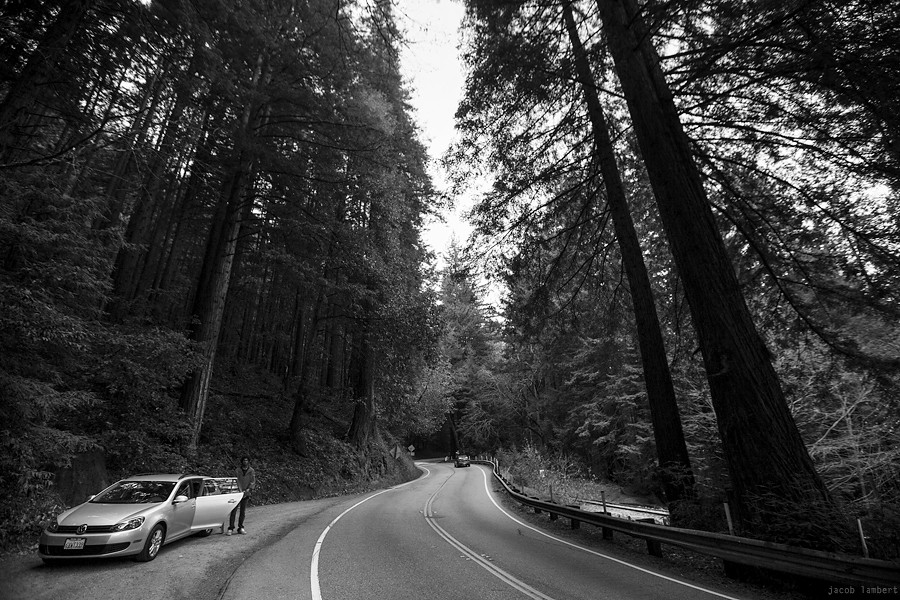 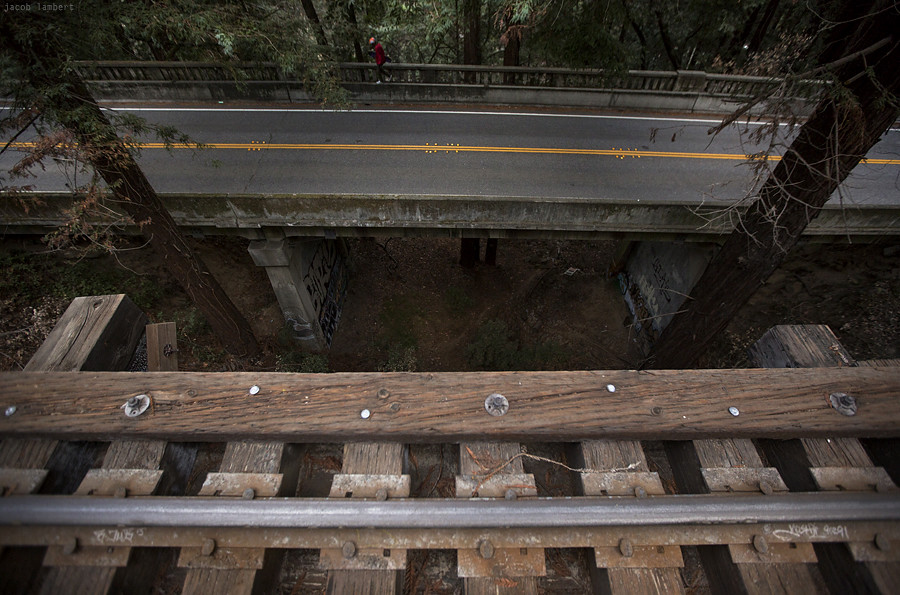 kinda norcal
Skated the next day away and then cruised to Santa Barbara for a night, then to Compton where i stayed for 3 days, taking photos of products in a makeshift studio.. it was fun, not something i’ve done before but i had a fun time learning and generally 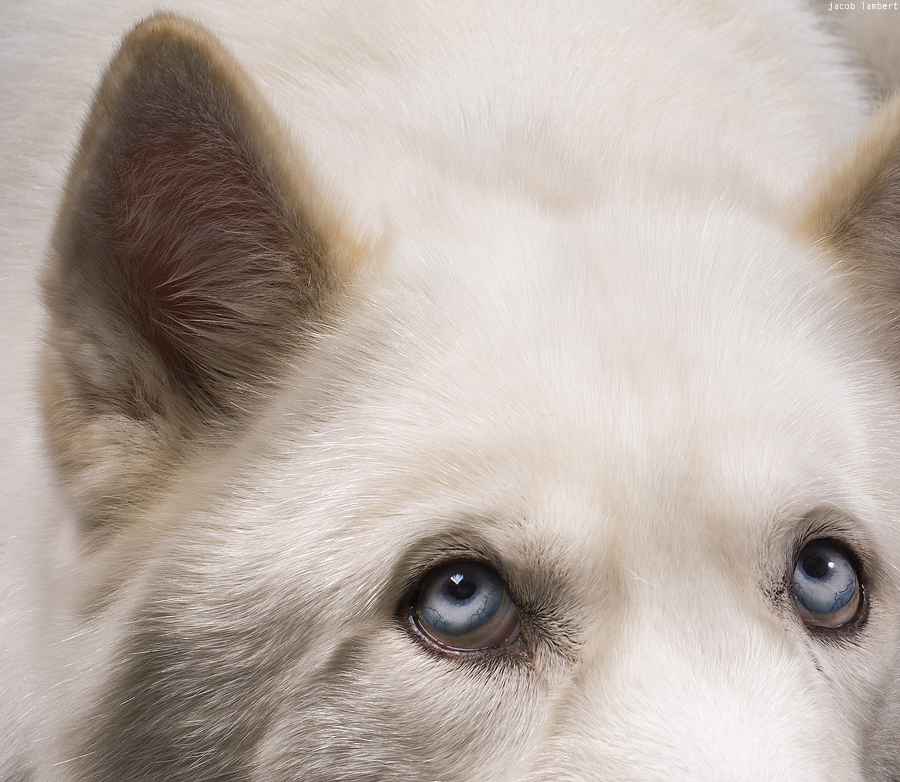 and then this rad dude called Rudy wanted to give his girl a gift of something unusual.. 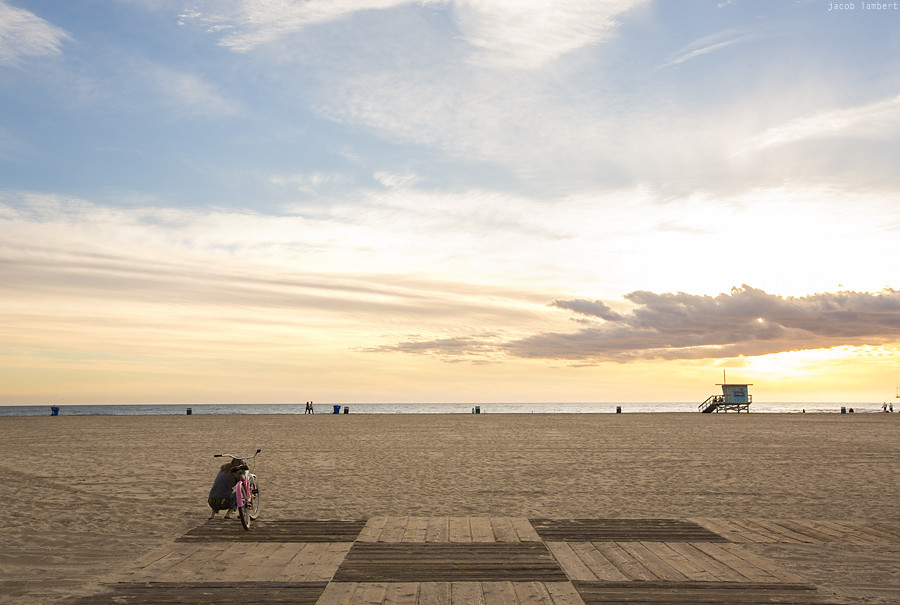 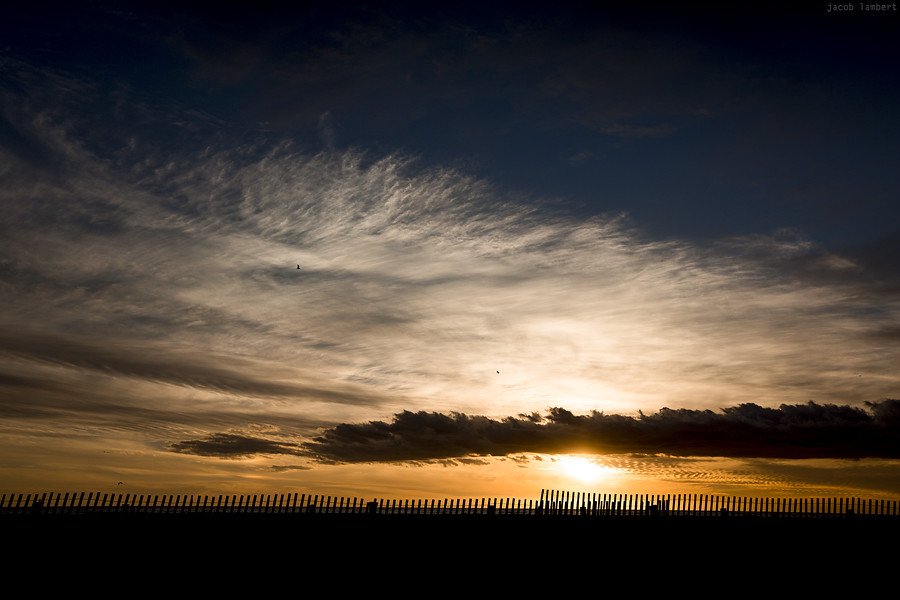 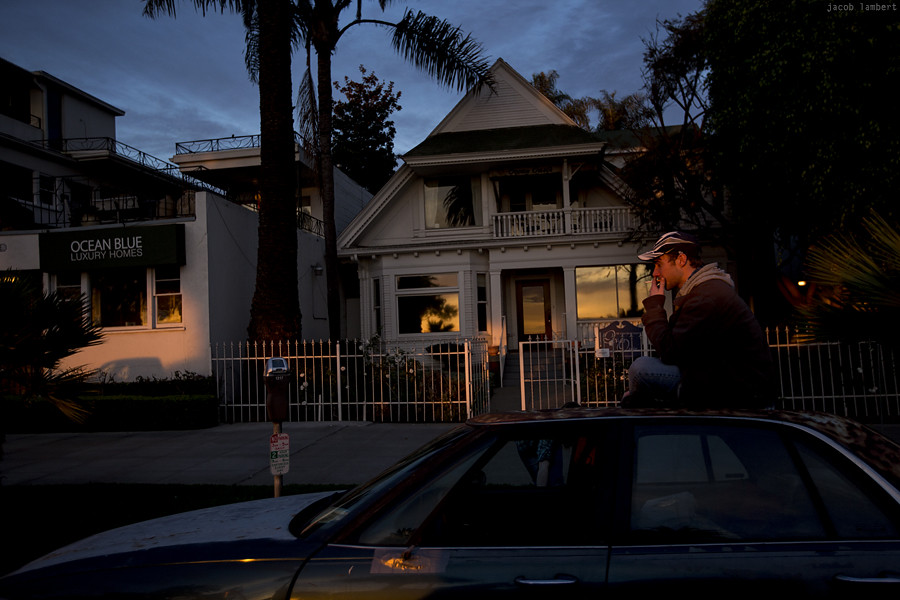 yeah so this may be the 5th or 6th time i’ve tried to finish this blog post since departing for the usa.  I started it before i left and then didn’t really do anything about it and then tried a little and then a little harder and now.  I’m sitting at the departure gate in LAX about to head back home..  maybe i’ll just wait until i get home to finish the most unfinished blog post i’ve ever started but i don’t have time to do a recount of the trip so there’s no reason to include a piece of trip retrospection.

plane is boarding, no proof, woo!!