“the notion that past/future and here/there dictates stoke has become irrelevant because i’ve realised contentedness exists instantaneously and is ignorant to time and space as it results from basic pleasures, which are relative to self and easily re-definable.”  Jacob Lambert, 2013. 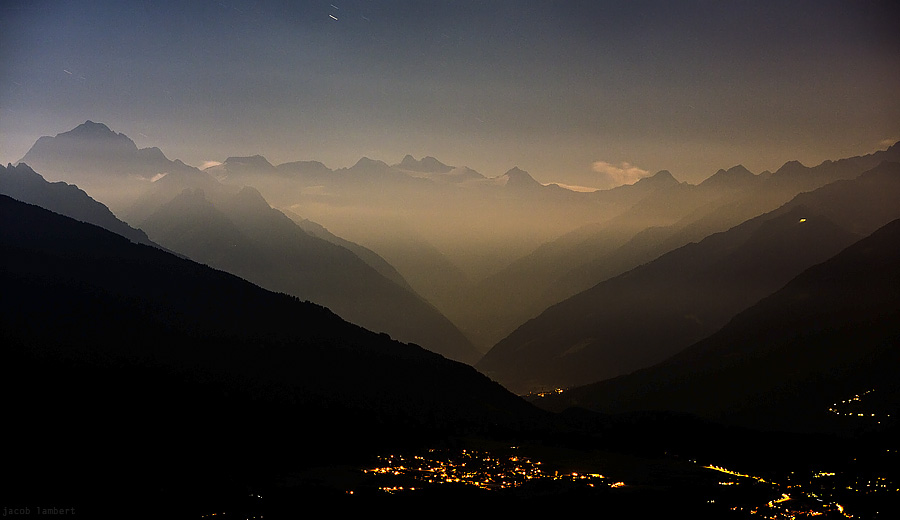 The alps, in the foreground is the southern tip of Austria, beyond it the Dolomites.
That is the second time i’ve quoted myself on this blog and will definitely not be the last.  I’ve no recollection of what exactly it was that i previously quoted myself on but i guess it was something equally obscure yet pertained immense value to myself at the time.  This time I was influenced by some profound thoughts regarding finding myself in the result of a scenario in which my life was completely adjusted, for better but also worse.  The ‘worse’ was the bit that intrigued me the most; which i figure was incited by thought of injury/death or maybe because of what Justin Beiber wrote in the guest book of the Anne Frank Museum.  I guess the relation there is that worry, and the way it manipulates spontaneity, is a disease that i’ve no good feelings for…  Another reason may be the glory that was returned to my life upon arriving home from Japan, the glory i speak of being muesli with yoghurt, honey and bananas..  IT was whilst consuming this insanely ideal snack that I was struck with the thoughts found profound and outlined merely moments ago.
Here is Ben, with stoke-tears in eyes, at the sight of the mountains that lay infront of us on our first day of Japanese discovery. 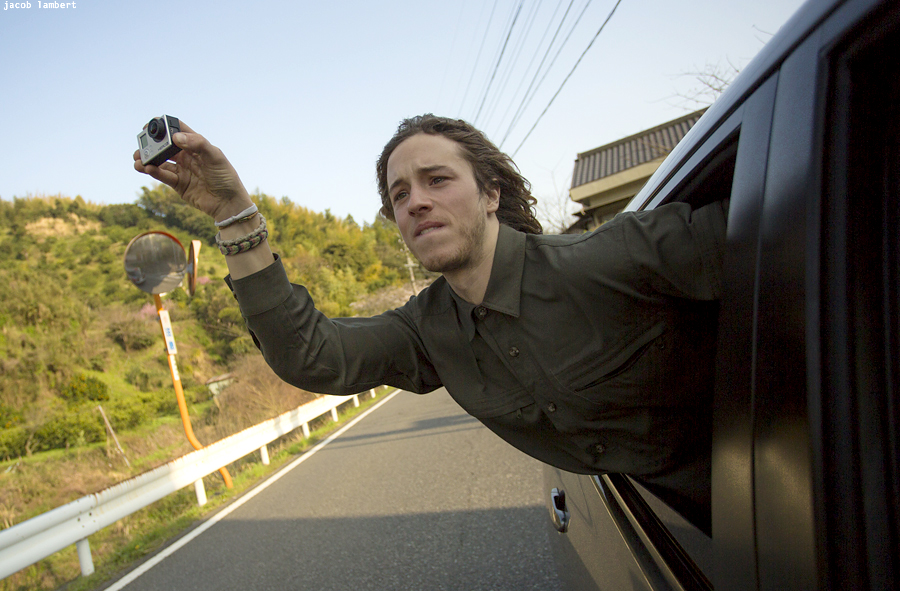 It was obviously the contentedness that I felt (or perhaps the kj injection) from eating that delicious bowl which led to such immense emotional weight being put on my own desire to be content.  This is no new realisation to me but something I sometimes forget.  Chad and I were talking today about stoke and whether it’s just adrenalin, in the sense that you become addicted to ‘stoke’ because of the chemical addiction to adrenaline that we admittedly have fallen prey to, thanks to skating down hills fast.  Does my brain disguise ‘stoke’ to make my addiction more acceptable?  I don’t know nor do I care because skateboarding feels epic and the comedown is even better.  With the comedown comes the contentedness and, as I said earlier, that is all I ever want.
general rolling hills/tree/grass combo in NZ’s north east. superia400 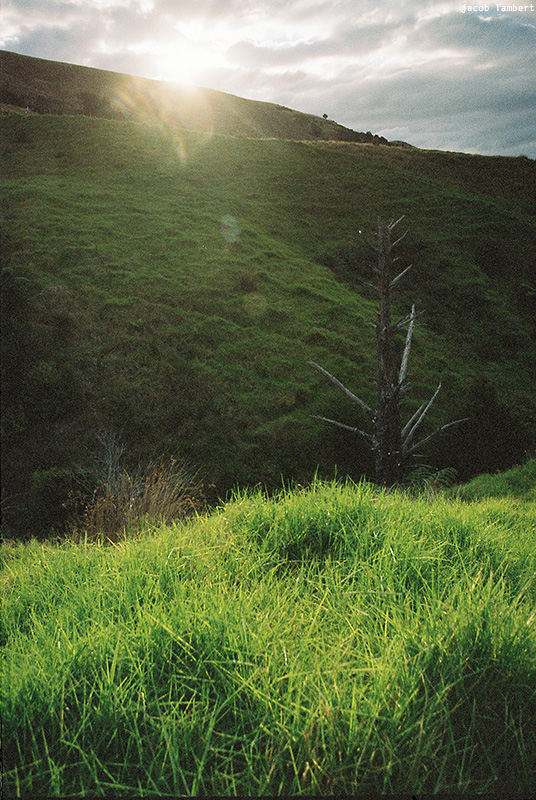 Also, probably in all honesty the main source of rantspiration that resulted in that quote up there, was the fact that I just got back from Japan, a literal heaven in my eyes/heart/soul, yet I dont really miss it, nor am I bummed that I’m back to the same old locale, back to the same job that I’ve had for 8.5 years and the same lovely people that I love so much.  I got stoked knowing that, although my dreams and aspirations involve trips/skating/adventure/creation of visual treats, I can be home and be equally stoked, well not equally stoked but just as content. Perhaps it stands to reason that this return-home-stoke will be short-lived when I’m deeper in being back but I’ve travelled enough in recent times without having monotony return to my content-glands to know it’s 100% casj.
nightime mountain, Austria.

Sometimes, when I write on this blog, I feel like I’m repeating myself or ranting self-righteous bullshit or not being entertaining and then I feel like i’m repeating myself when I say that I don’t care that I’m doing those things that I’m worried about doing…  The main thing to concern yourself with is that by the time i’ve completed this rant I’m going to feel so good.  Most likely I’ll fall asleep in this directors chair or ideally get into bed and snooze for a little while until I get up and go skating with 2 people that I like a lot.
A lake in Austria.  The very left of this frame (blue mountain peak) is the what is in the picture above. 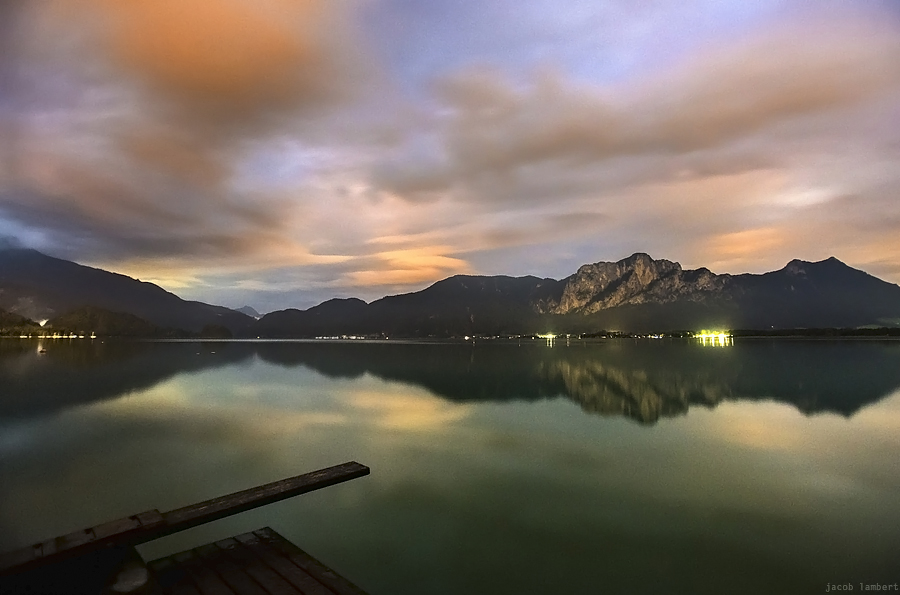 A popper from Japan (a popper is not a banger)  This little grombat was testament to notions of Japanese steeze. 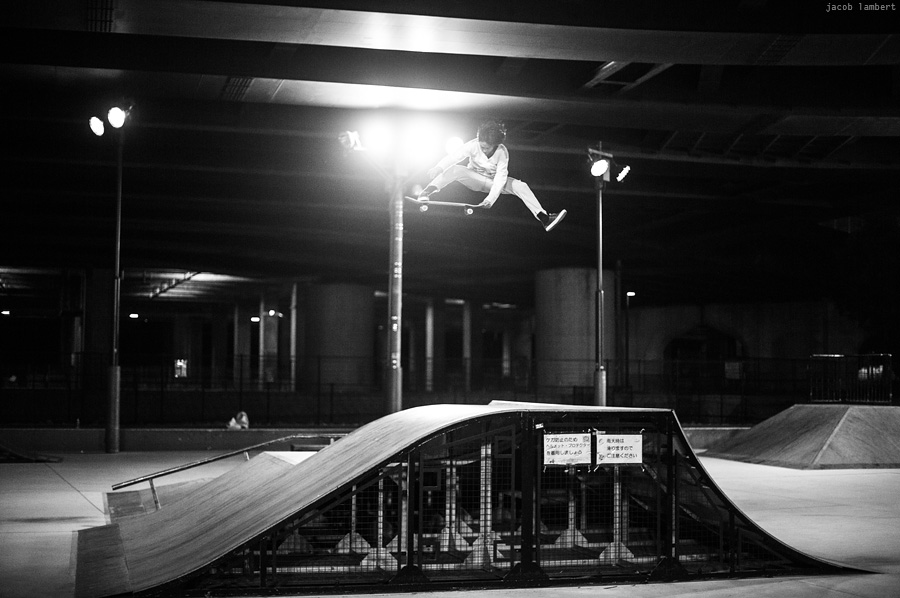 I guess this is why I froth when I return to relative mundaneity.  ‘This’ being that the things I love doing most don’t require travel, good skaters, nice locations and generally outrageous and fortunate situations. Obviously those things are ideal (and are specifically what I strive for) but they’re not necessary. It could be a case similar to camera gear in that once I got to sample what was previously unsamplable I realised that it wasn’t this crazy big step that would make my life drastically better in a dramatic and incomparable manner.  Everything is casj all of the time… scratch your the back of your head. 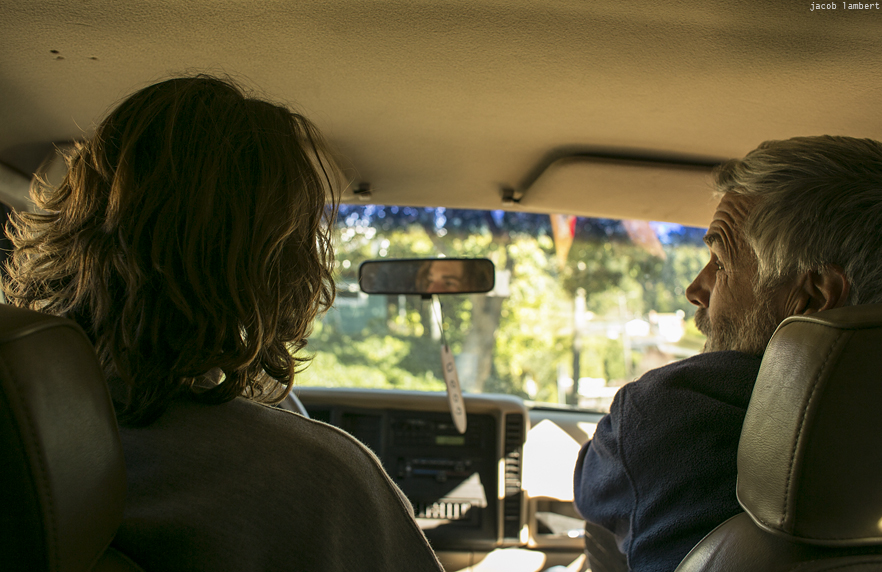 (L->R) James Kelly and Cliff Coleman .  I think these two dudes are some of the most stoke-me-out kinda people in my life, I guess in a relatively specific manner.  James is living the dream, I like that.  He had one, he worked for it and he got it without becoming a bad person along the way, if anything im sure the journey was attributable to him being one of the most chilled and stoked dudes I’ve adventured with.  Cliff is the same, but Cliff can be hold accountable for the development of skating fast and i love doing that very very much.  I once watched him tell a mob of strangers that ‘being a good skater doesn’t make you a good person, be a good person and everything will become good.’  I like that too.
Sam Dalton, 2 months ago, Auckland. 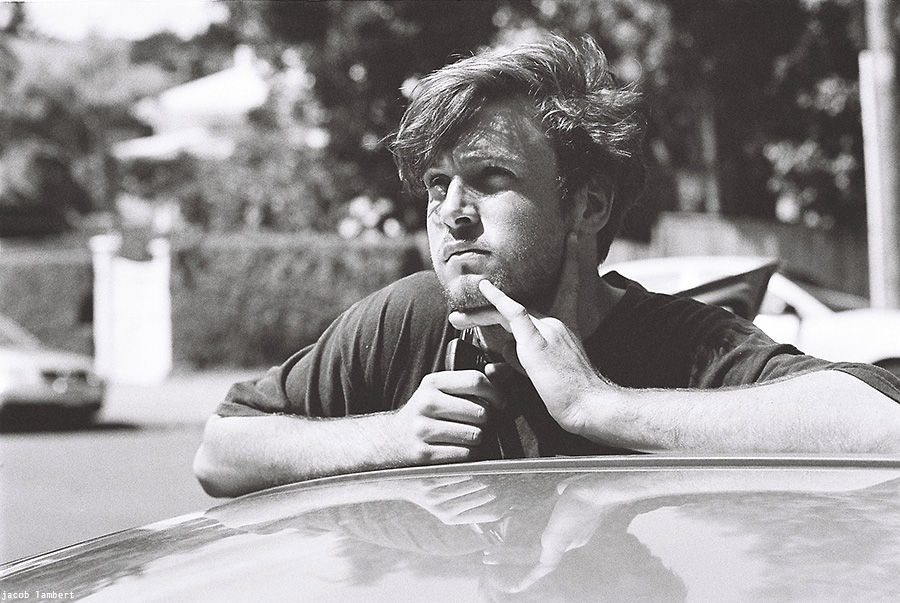 The only thing that really draws me to distant lands is meeting more fun people (mountains…).  There are a lot of them, they’re everywhere in fact, and I’m lucky that by travelling with skateboarding, I get to meet like-minded individuals/skaters.  With the people of downhill comes a certain sense of grounded-ness, maybe it’s the danger and adrenaline that they seek, or probably it’s because we share reality tunnels and I’m being extremely biased but that doesn’t matter haha!   I’m sure there aren’t too many people who would be down on being crammed into a car with 4 other week-without-showering individuals, a diet of bread with either bread or avo, instant ramen and an alpine climate that prevents the opening of windows. 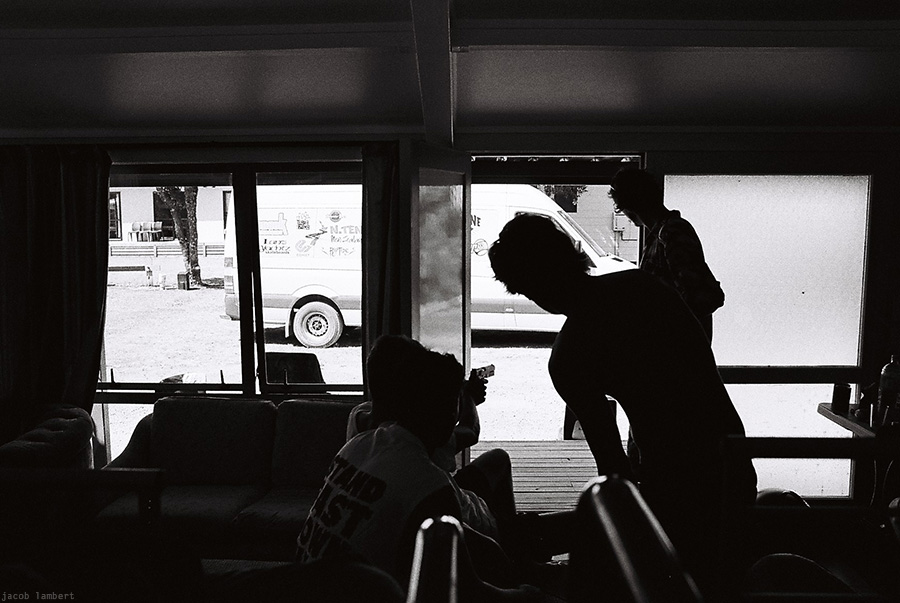 A stones-throw from a zone that we camped while in the early stages of Japan.  Even the presence of such infrastructure the overall tranquillity of Japan rarely wavers. 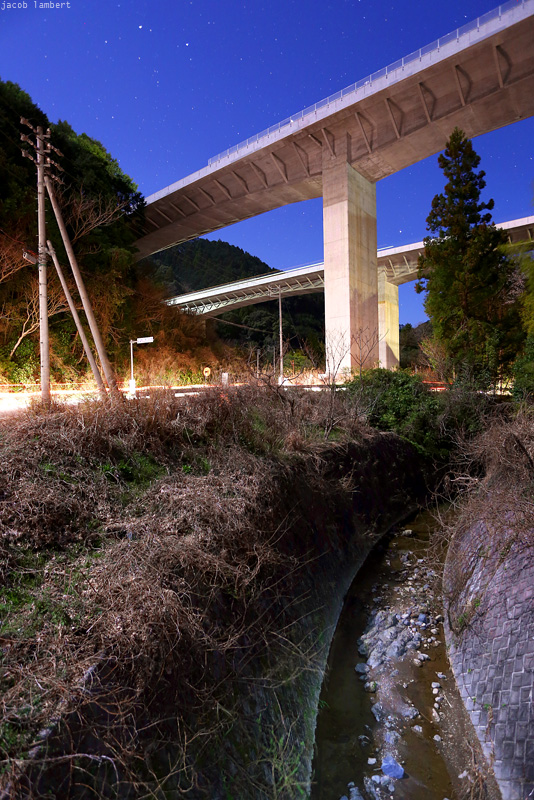 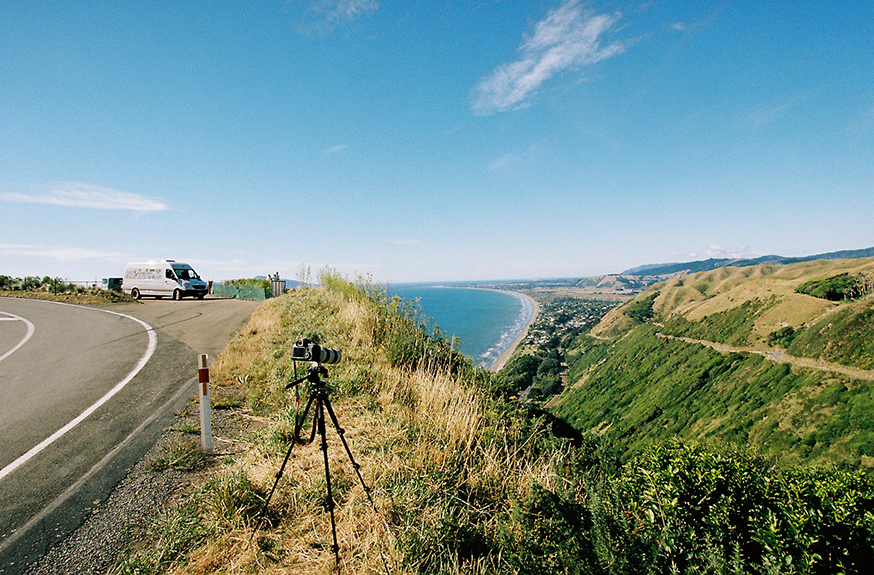 Newtons is coming up!!  I’m so excited!!!!  I get to tour with Landyachtz and an RV and yatedawg!  I love yatedawg.  24 days of adventure 😀 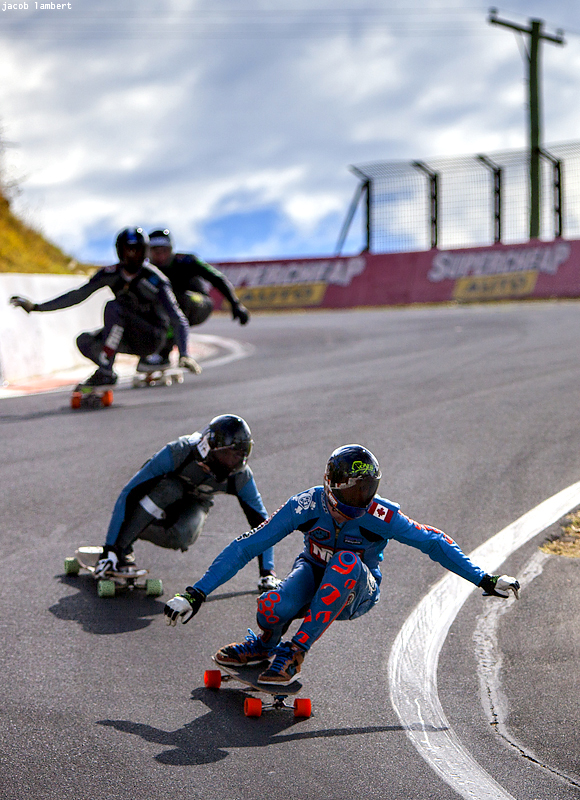 Here’s a photo that I like very much.  This was from the last afternoon of the NZ tour and we were at Mt Ruapehu which was the trip-climax in so many ways.  Riding is Api and he’s so so so rad!!!  also the only NZ resident on the trip.  I can’t wait to lurk with that dude again.  This has been ran as the poster, my favourite place for my photos to go. 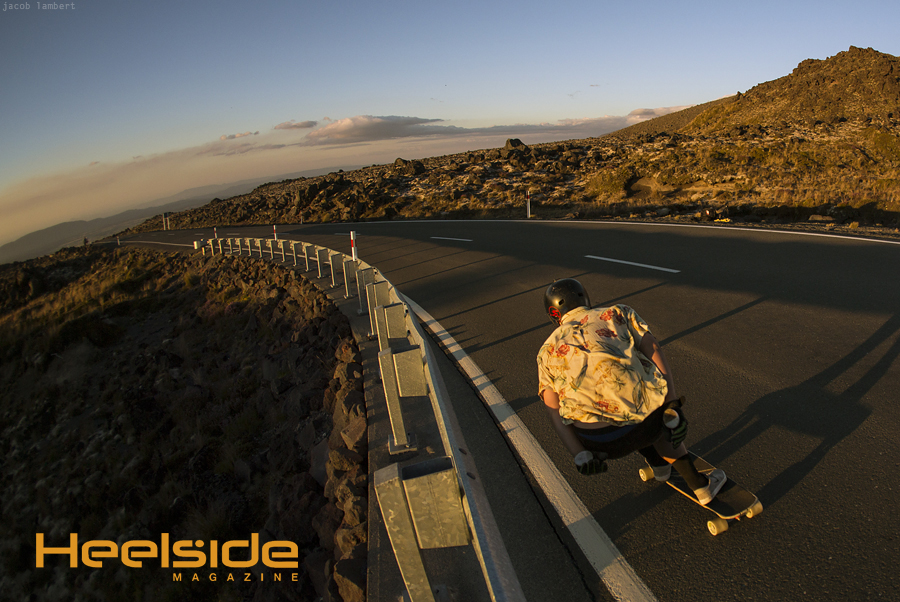 (i’ve been having to use my external-arddrive extensively of late, hence the euro and other old photos)
PrevPASTsayonara j hole
FUTUREthinking of youNext
random post ->