Seek and you shall find.

This top section is personal musings, obviously, scroll down for skate content.

I have no doubt this love I have for what I’m about to cover stems directly from my surf-oriented upbringing and the roughly balanced goals of searching for the best wave within reach and limiting crowds, which led me to some of the more memorable explorations of my youth and I was certainly poised for it being based in South East Queensland.  As I moved into a world where downhill skating was my main pursuit I was struck by the rigidity of our riding medium and that I’d have to realign or maybe even refuse my prior search goals because the very nature of a road implies it’s already been discovered, let alone developed.  It don’t at all recall when but I’m sure appreciating the road and it’s own definition of the search  took only arriving at the first hill I’d ever driven to ride – because yeah I wasn’t swimming but the road was a major component in what I loved about my search for waves, and unless you’re getting ripped out to sea you’re not doing much searching when you’re swimming, most of us at least. My furious gmap addiction mutated from searching for moderately submerged rocks to squiqqly roads, of which there are MANY, however this provided no insight into pavement quality, or if the road is even accessible, both of which are always a factor and one that’s thwarted this cohort brutally.  Heading to Japan to learn all of the mountain passes we’d planned around were shut because of the winter was probably the tip of that shitberg for me and I’ve heard worse aaand on that Japan trip we could basically just mash the GPS for a few seconds and find a bunch of paradisiacal roads within a 15 minute drive – in hindsight, the cheeky ones we found along the road-to-disappointment were better spots than the highways and didn’t end up with us in police custody – like our Japanese silverware did.  But these cases are rare, and sometimes it goes the other way.  One of my favourite recounts of road discovery was Yatesy and the Tame the Taipan race-hill, which he discovered before it was paved while mashing his 4wd through the Gold Coast hinterland. 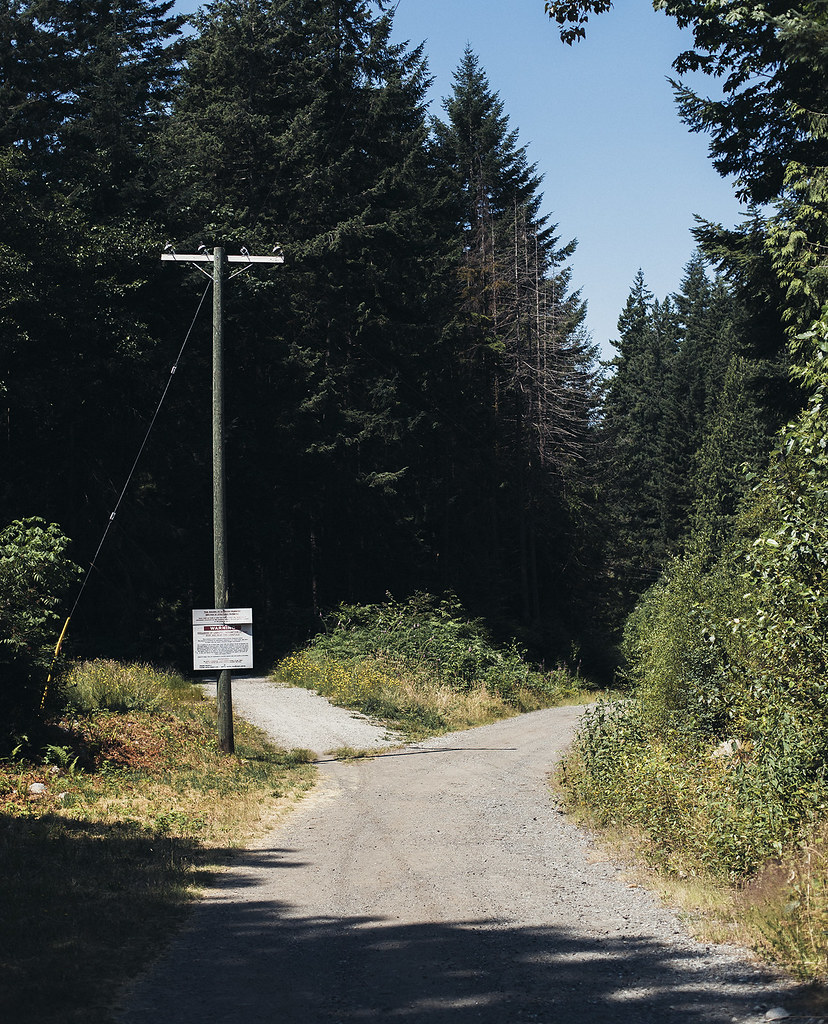 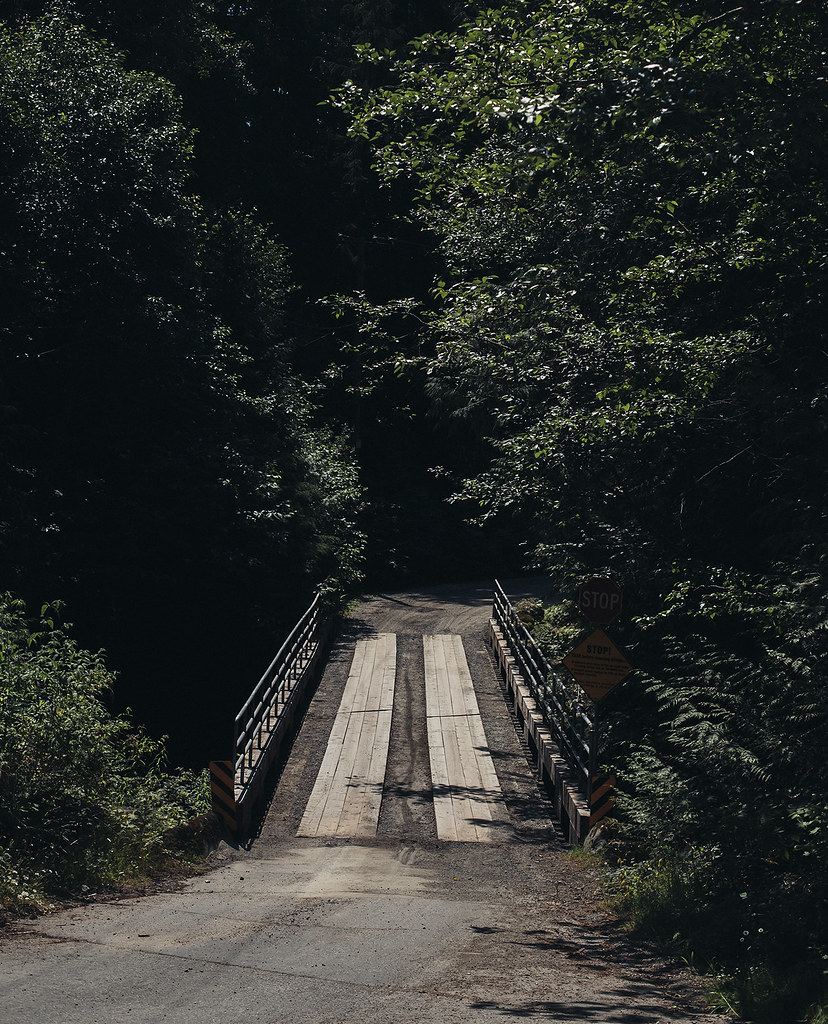 An unfamiliar site on the search for a decent road to skate but the gravel and wood gave way to pavement and some insane grades that would not be permitted on public roads.

The thing about this road was that it was gonna take Dexter to make it work, in so many respects, not even being the world conquering skateboarding hellman he is was to be enough.  To even skate a road without a car these days is basically unheard of, probably sweep it, and ride the dirt gap between forestry bridge tracks aaand hope whoever put the gates and signs up loves people doing sketchy shit on their road…  But just because I think something is fkn bonkers, doesn’t mean Dexter does and therein lies the insane progression that I’ve witnessed in Dex since seeing him ripping at the Whistler World Cup in 2013.

My first involvement with this road, other than hearing and seeing it on gmaps, was heading up there with Dex and Ken (Landy Creative Director) in winterish 2020 to scope it and it didn’t look easy to shoot or ride, we were barely sure the steep section into the dirt left was even make-able, in the sense of a cohesive downhill line worth putting on video, one can always shut down and putt it in ⛳️

On first impression, and maybe the rain added to it, but the road was certainly erring on the side of not being skateable, as you can probably see in the gallery above. 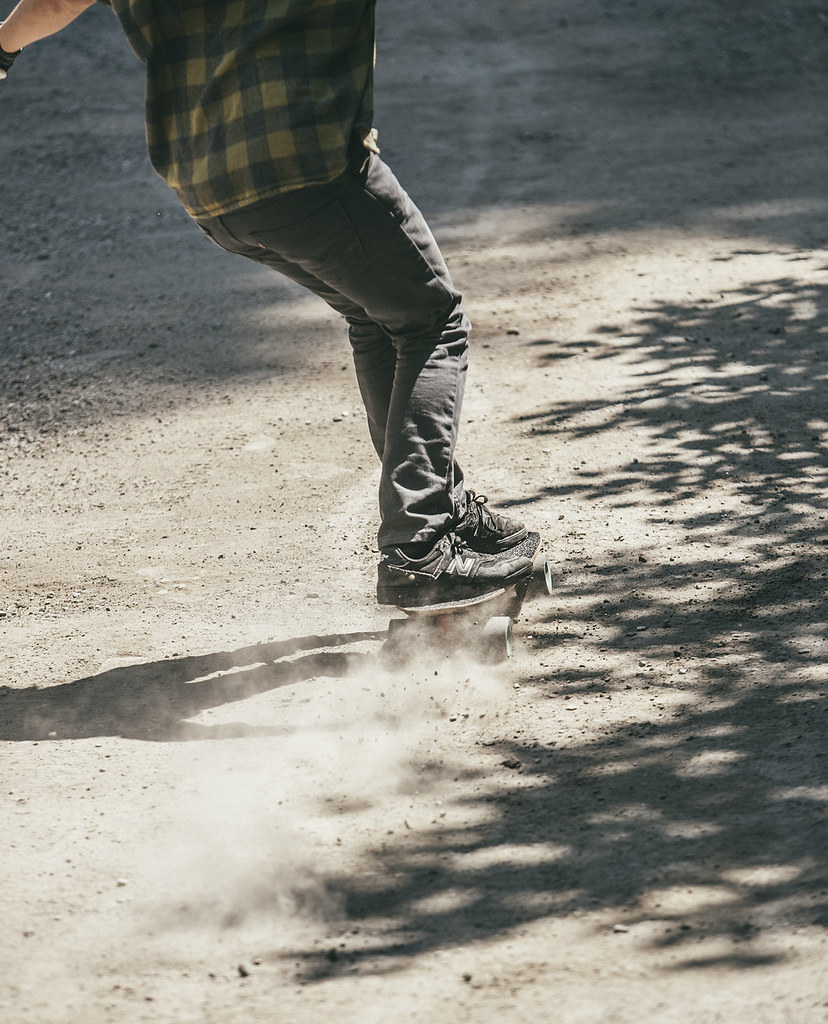 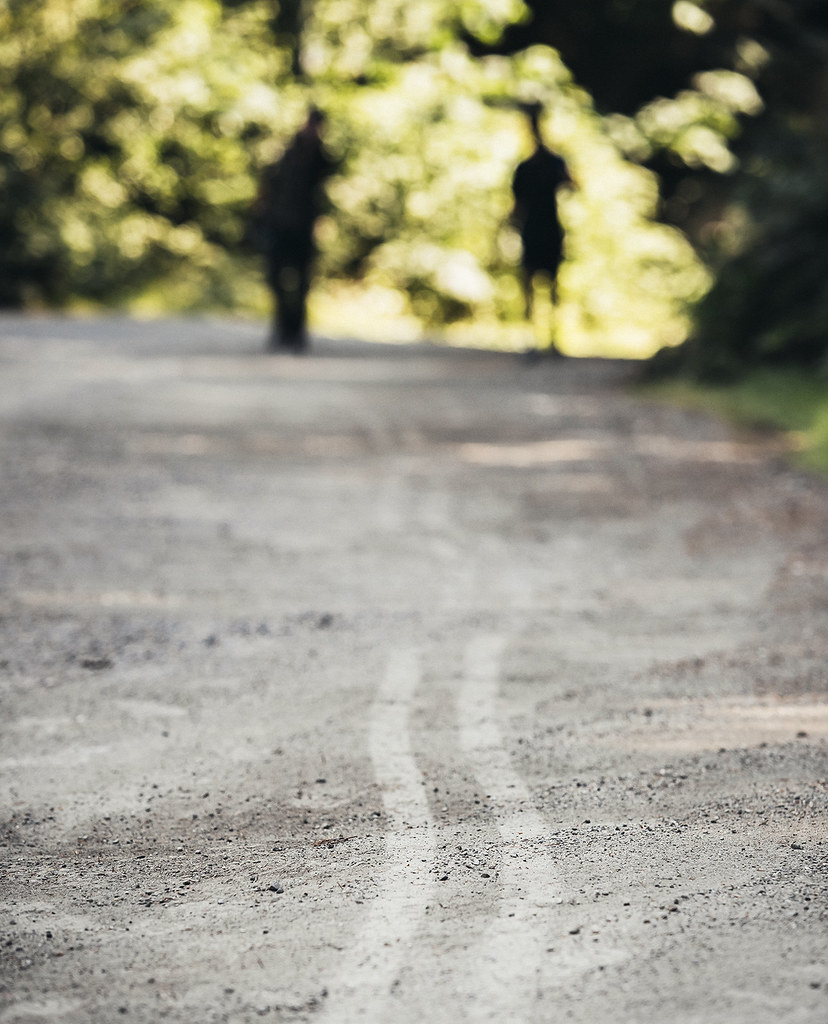 I find the left hand photo below interesting in the sense of this thing i read about the body’s only fine articulators^, the tongue and hands being the only ones which are both found in the left hemisphere.  Dex has his right hand down and I like to think about how much goes into what he’s doing with his hand in relation to his feet and his brain while he’s doing the gnarliest shit ever wtf is real.

The right hand photo is Rob, the IT dude at Landy, but that’s his work title and the list of things he does outside of work is extensive, as I reckon you can tell.  He was taking care of comms, transport and flying the drone.  That bike he’s on is a great challenge to my developed understanding of two wheeled fun in a way that still gives me trouble – I almost don’t want to know what the equivalent will be in 10 years cuz Itll probably be self sustaining through generating it’s own power (nuclear, solar, wind etc) and I can preach indefinitely. 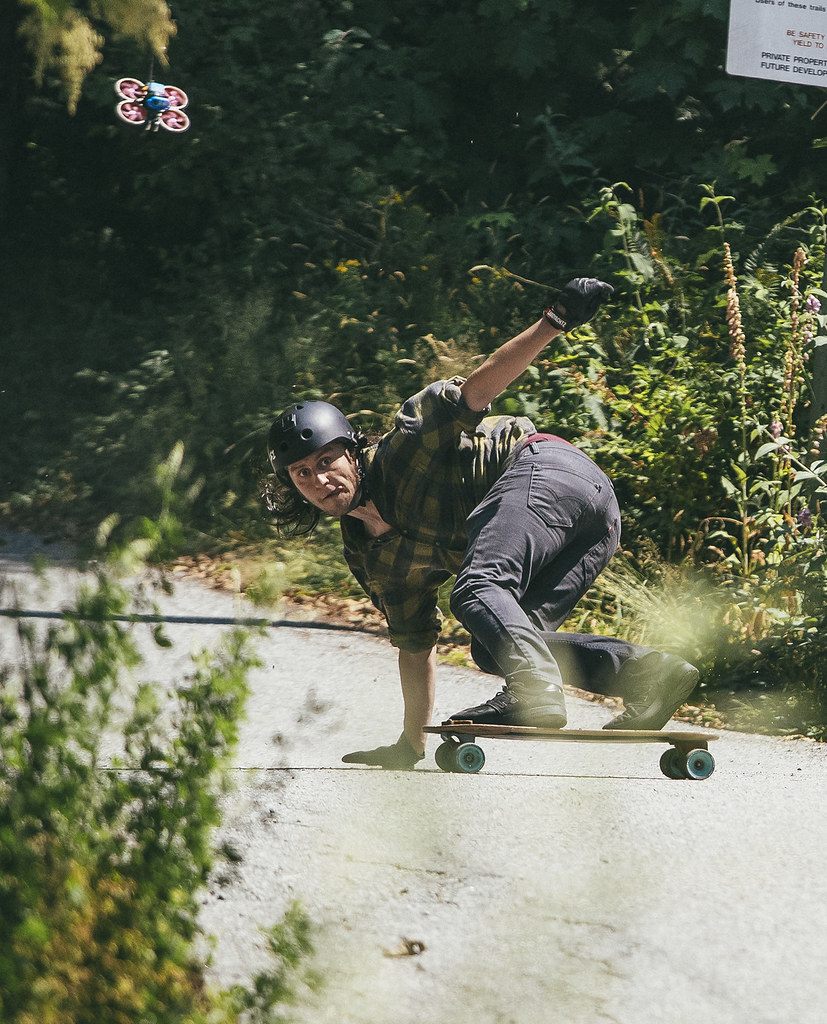 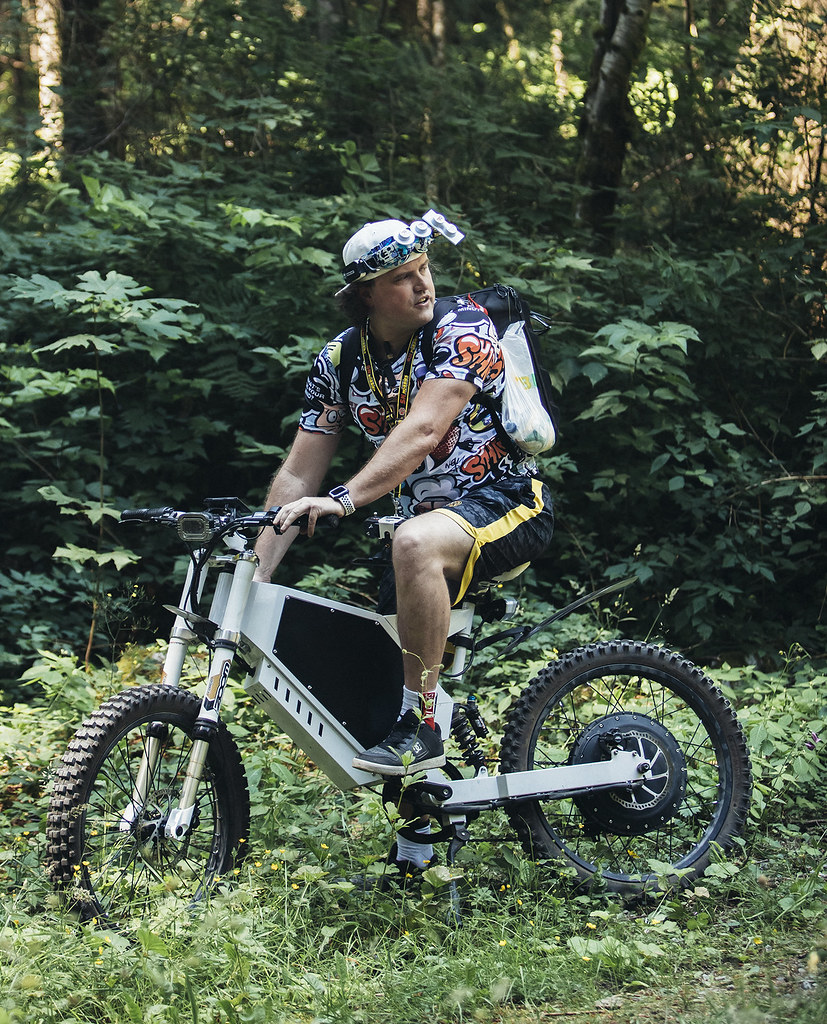 The reality of the situation.  The image on the left I feel especially strong about, and sad, because little did I know that it was, most likely, going to be the last time I’d get to shoot skating with Dan.  But maybe down the road we’ll get to shoot together on something else 🤞 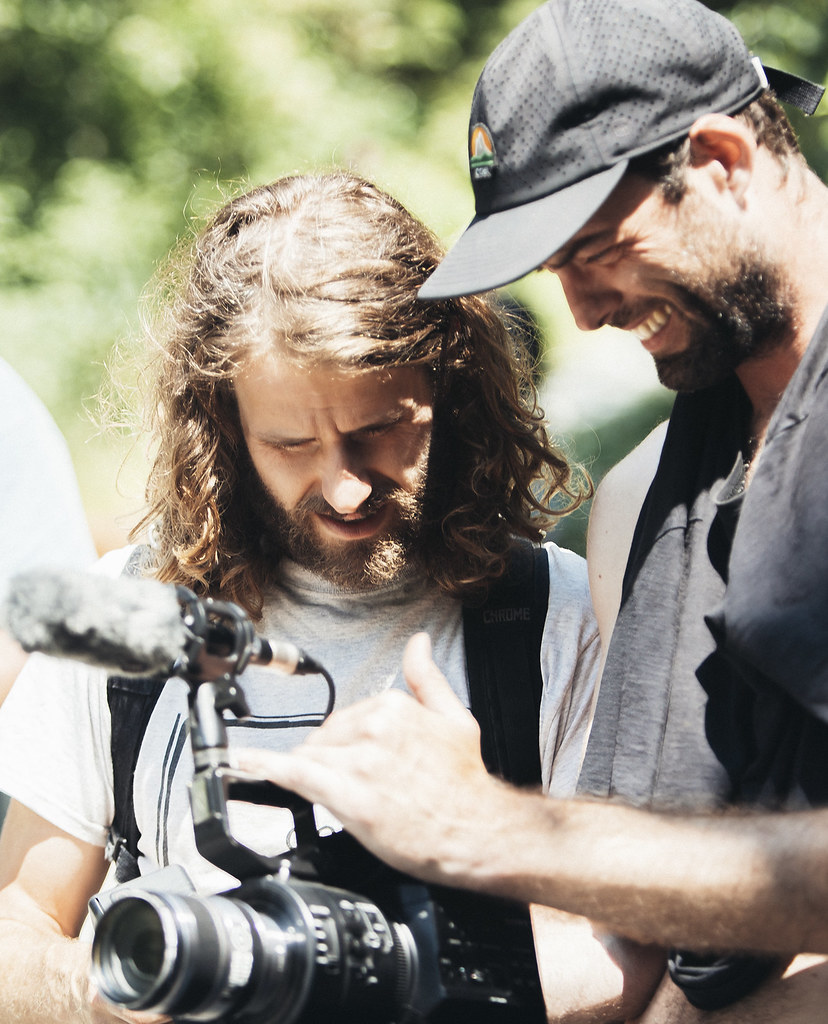 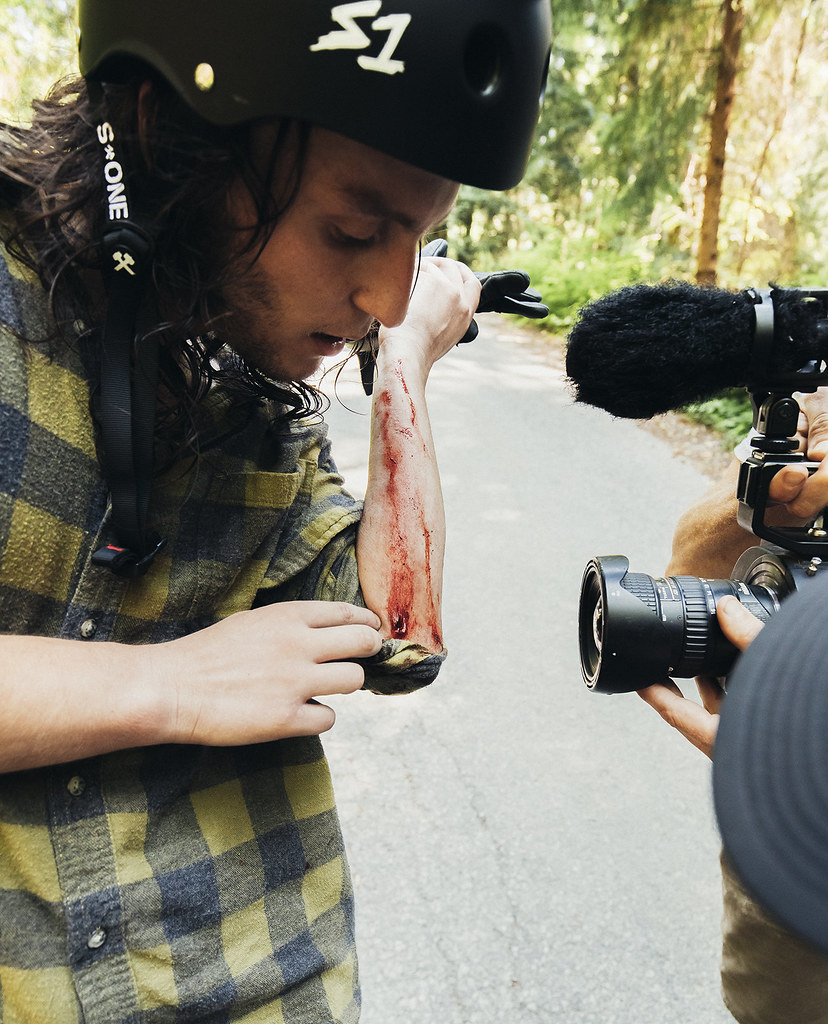 Dexter paying his dues to the pavement, this was one expensive road… 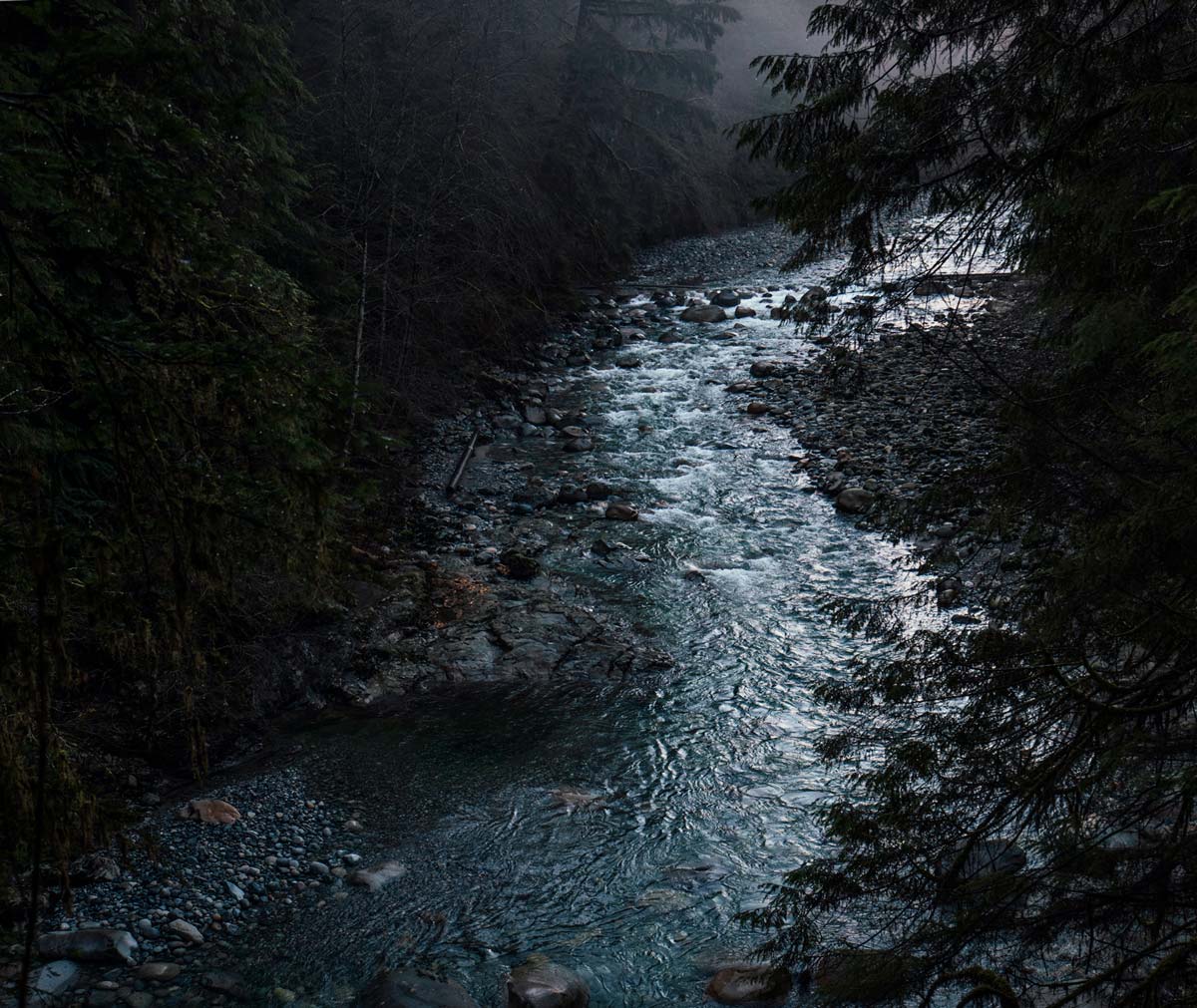