Om and other bands

Thanks to the ever entertaining bats mag i was given the opportunity to shoot a show at the Hi-Fi on the 18th of july. This is a prime example of what i was ranting about in my rant-regarding-general-state-of-photography-on-a-personal-level blog post found here

in a basic reiteration, i love taking photos but hate many aspects involved with it. one of the many exemptions is shooting shows that i would normally not go to for two reasons- those being that a) i’ve never heard of them (for whatever reason..) and b) my financial adviser advised my that my finances need much revision.

but the brisbane scene being what it is and nice people being what they are, i got in for free and had a fkn epic time. I’d heard a little bit of Om stuff in the past but nothing had really caught my ear to a great extent, most likely attributable to me not having enough time to listen, and only listen, to any of their stuff from start to finish- a fate all too common for much of the new stuff i hear. .

There were a few players on this night and i (for once) got there on time. I was delighted by the opening band- whom i’m fairly sure are called Black Widow.. i figure they’re from brisbane as i’ve seen their drummer shooting a lot of shows involving that kind of genre, understandably. 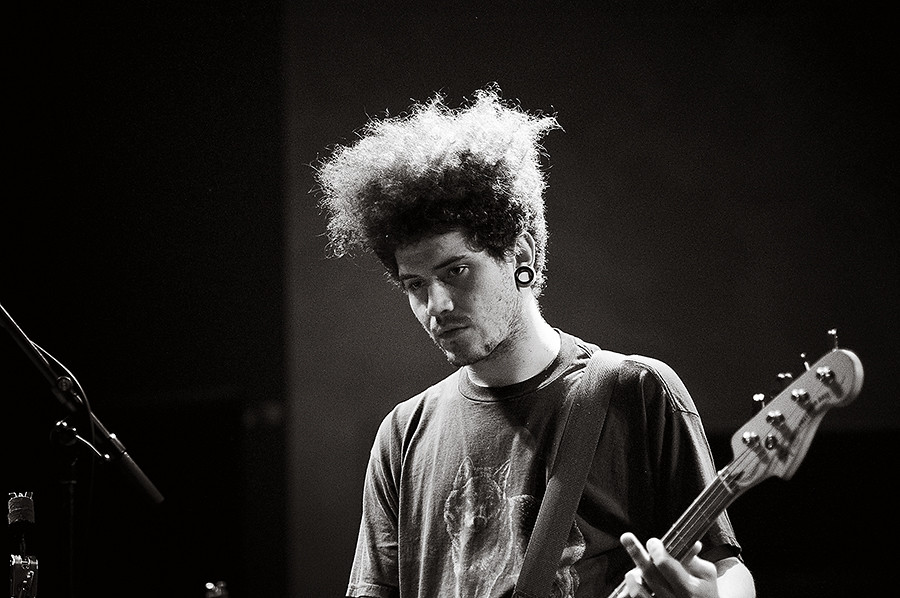 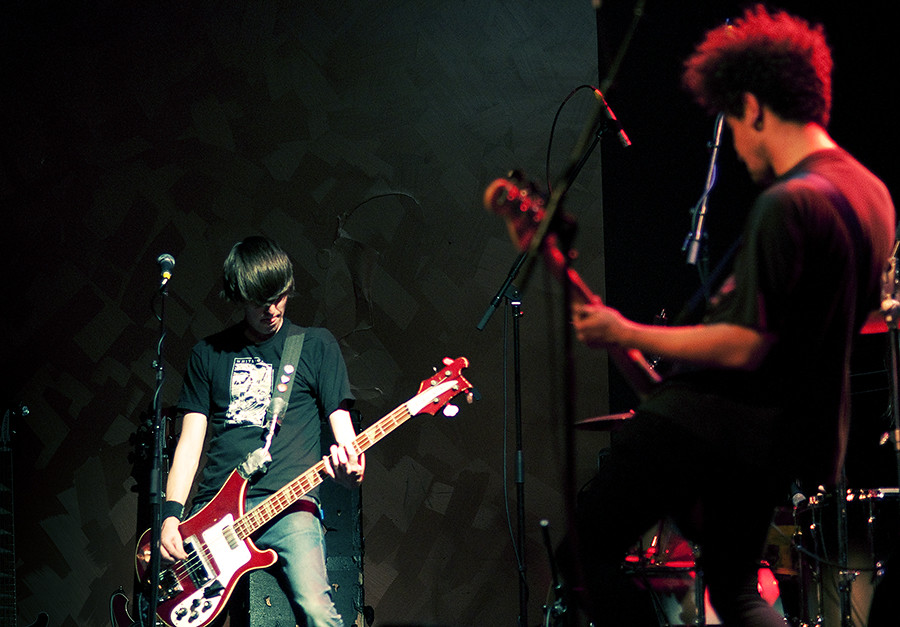 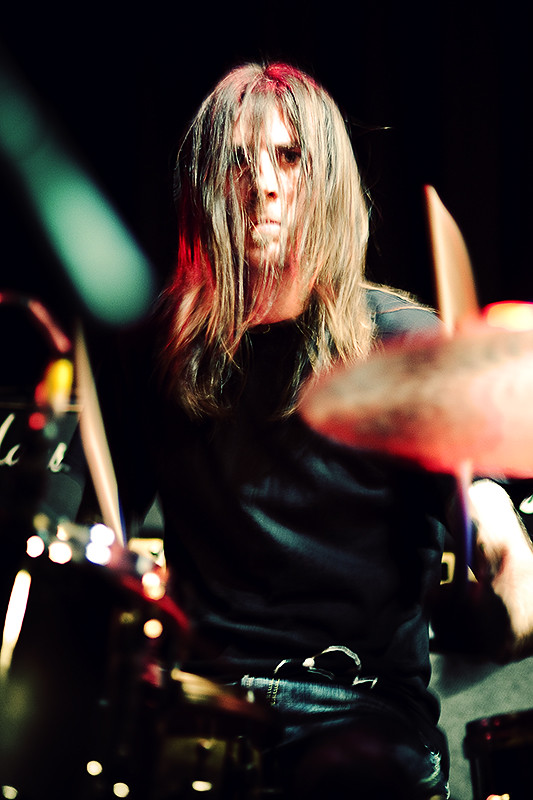 Blarke Bayer / Black Widow played second and they were pretty good but i came back in 4/5ths of the way through their show and it was definitely a show you’d have to watch from beginning to end to get any grasp/appreciation for.

I came back to a fellow laying down two ornately patterned sheets on the front of the stage. I assumed that this was for Om as there were only two opening acts listed so i took a seat on the stairs and passed time by trying to make my own sense of the patters on the sheets. 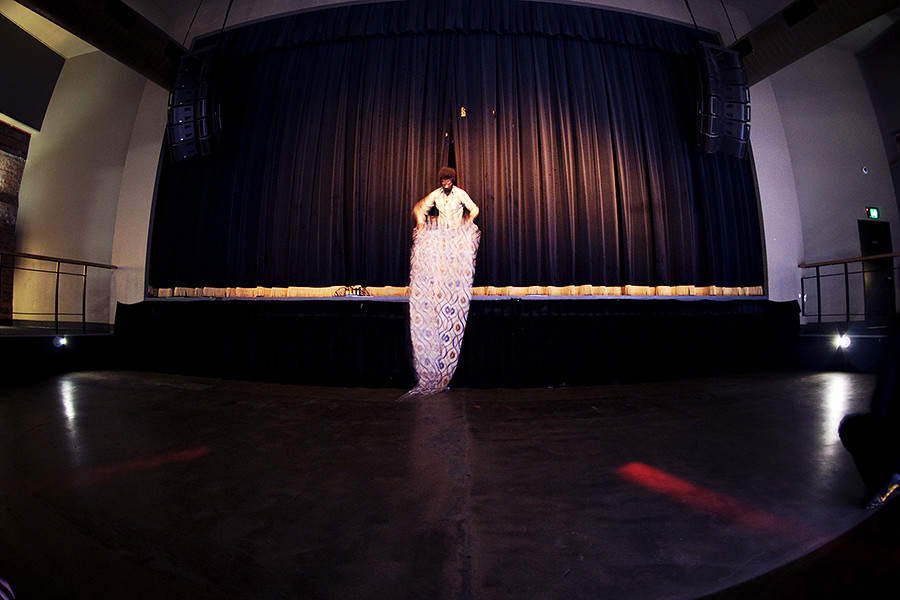 By the time i’d come to no conclusions about the patters or the meanings of the sheets the curtains were drawn to this man,

Robert A. A. Lowe
Lichens 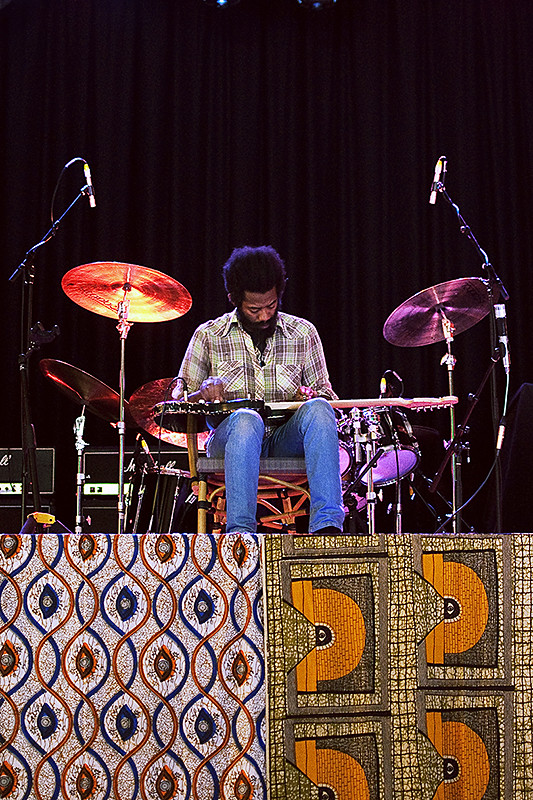 now, i’ve never heard of or seen this guy ever and to this day i have no idea how this is possible! he’s toured the world with explosion’s in the sky, released 3 albums as a solo musician, 8 albums with 90 Day Men and collaborated extensively with Castanets.

But ontop of all these things, his live show is phenomenal!!
I was completely blown away, even considering the distinct feedback at times associated mostly with his wordless vocals (thanks hi-fi). There was so much emotion that it rode the waves of drone straight through my face and into my brain where it exploded in cytoplasm which than ran out of my eyes, literally!

Although the whole gig was severely under-lit, from a photomaker’s perspective, this set was by far the worst, i could hardly see him let alone get a shot. I’m suprised i even got a photo be honest, had i still had the d60 (even with a f/1.8) you would not be seeing any photos of this set- it was really that dark. I was shooting at 1/2 and 1/4ths of a second at 1250-2000 iso- thankfully his movements, although very very very very strange, were quite slow..

I can’t really complain however and by no means am i upset about the light situation. His show is that of surreal sounds and intense fronts of drone- sounds to be felt and heard only. Infact, his sound was so delicate i had to take off my jumper and use it to deaden the noise of the shutter during the early parts of the set. 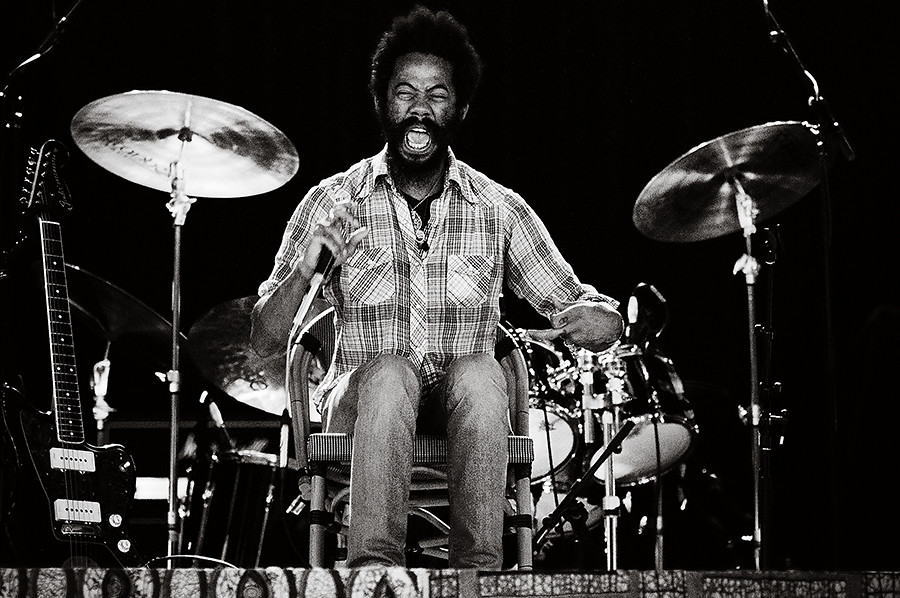 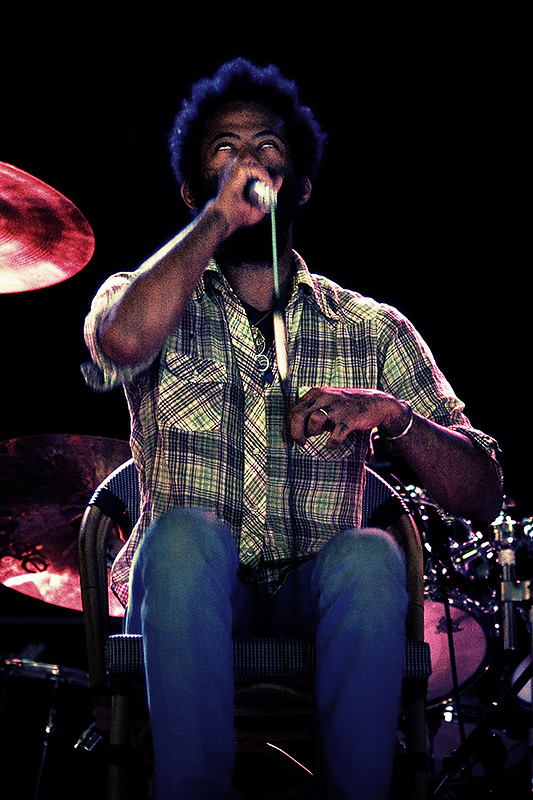 finally Om came on and it was about this time my fingers started getting sore from typing. so i’ll keep this part short….
they were good! crazy precision and flow made for an excitingly epic show.

Om were even harder to shoot than lichen as i was not able to resort to my makeshift tripod. Hence the intense grain and lack of good photos.. 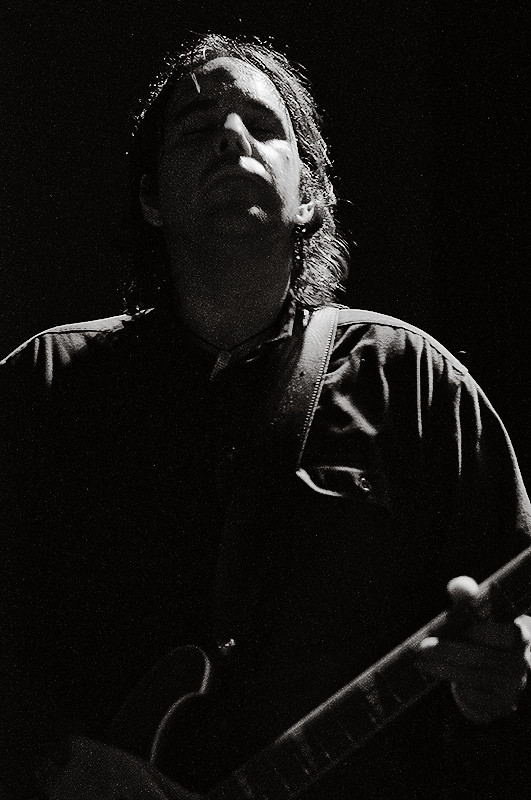 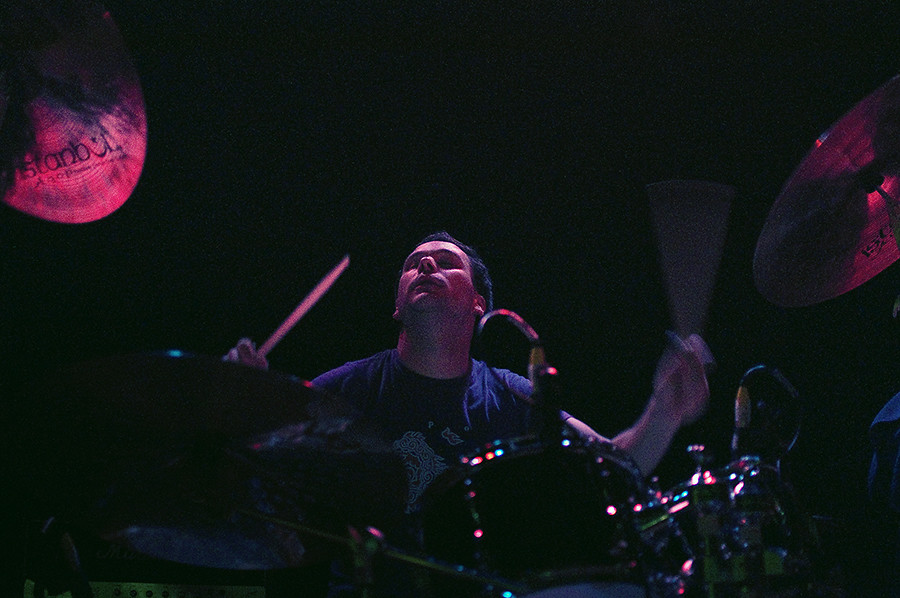 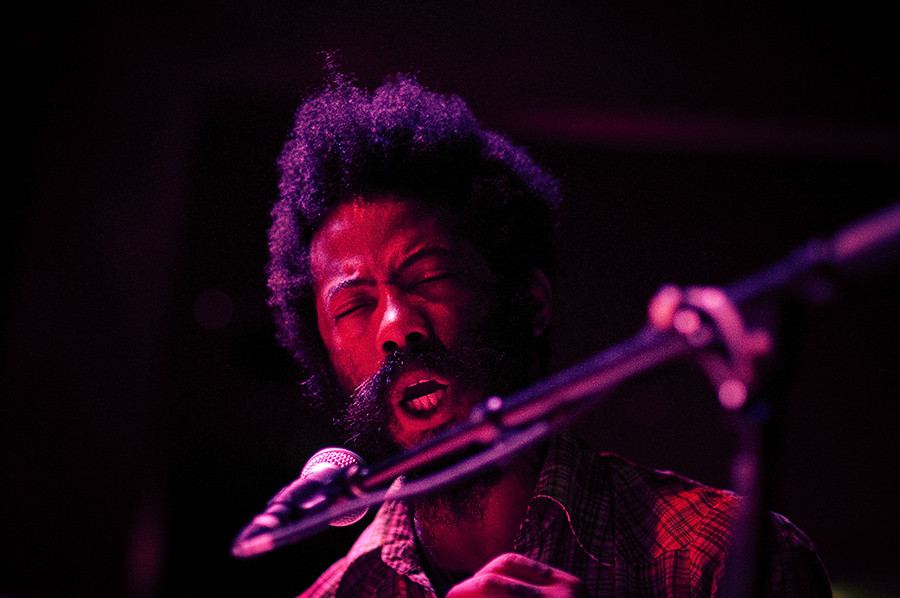 if you’re interested in the rest of the photos, find them here

also, listen to this song
it’s got nothing to do with anything above except for it being mindblowing