even I tl;dr this

this is an embrace of the obscure
I’ve let this blog become too objective, too planned, too cared about and i find it now in a place far away from the impulse oriented pocket of lamb that i’ve always ‘planned’ it to be and perhaps it’s progression in the wrong direction is somewhat aligned with my photographic professionalism.   There’s something I’ve been aware of for a while now, at least the last 3 years, and it’s that by not having a website my only avenue for inspection [other than Facebook nonsense] is this blog and I’m well aware that this is the route cause for my diversion from the autonomous writing and right-brain explorations that i enjoy and what i want this blog for..   I often get spineless and tell myself its because i don’t have time or some other bullshit but it’s not.  Another problem is exclusivity in the sense that i’m becoming more concerned with higher usage of photos [print] and i don’t like the idea of using photos on here before they’re [rarely] considered for higher usage and it’s a problem because i know that i have more than enough photos to facilitate all avenues. 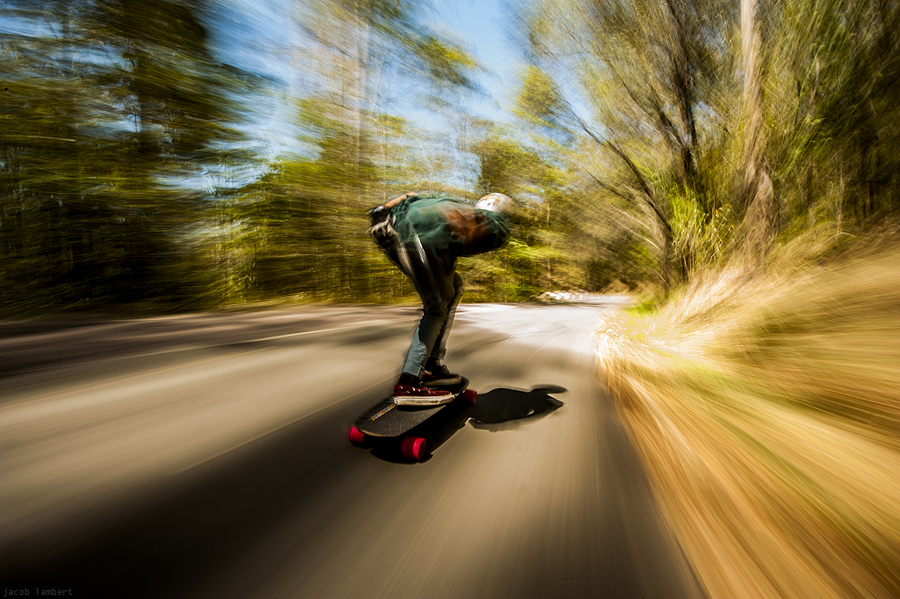 warp-speed
Take a quick moment to scroll down to the bottom of this page and take note of the evolution in post regularity monthly/yearly….  odd because i take more photos than ever, better photos too and spend 8+ months of year as a ‘travelling photographer’ – a definition i am yet to personally define… it’s not that i’m lacking motivation [infact the last few months have shown me that i’m more motivated then ever] but it’s because this blog is my portfolio… :/…  for the 4 millionth time i tell myself ‘i need a website’  and i’m going to do it.  when i think about it, the daunting task of selecting photos is a piss in the pond compared to poorly representing myself online and giving up my freedom for fun on this blog.  i love bullshit, i’m stray an and i like talking nonsense and posting pictures of nonsense and showing you people that photos and writing don’t need to always to be logical or important or relevant or valid, i just want this thing to be mine again [not at all your fault] because the pleasure was so pure!! 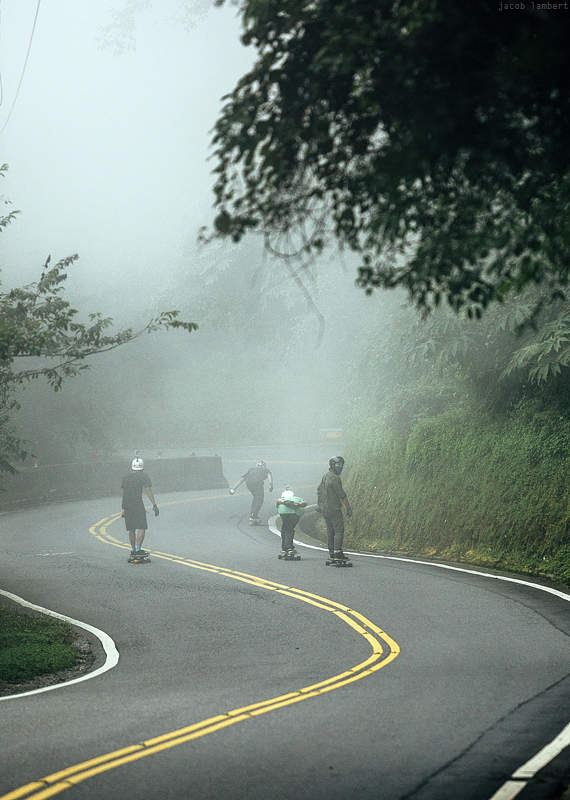 conflicting emotions as my homies drop into a run we’d not yet seen- let alone 100m infront. Taiwan.
i feel like my quest to make this [photography] a job has derailed only one aspect of my love of photomaking and it’s this freedom i just mentioned- in relation to exclusivity,  look back to 2010…  it’s sick….  Having a website makes you look infinitely better than the reality in which a photographer operates as it’s a 100% polished and designed representation of their work, it’s not impulsive, it’s logical and driven by rationality’s necessity to employ it’s intellect in order to make itself look as great as possible.

5 cent Mountain and Fred’s Delica.
giving up is hard. 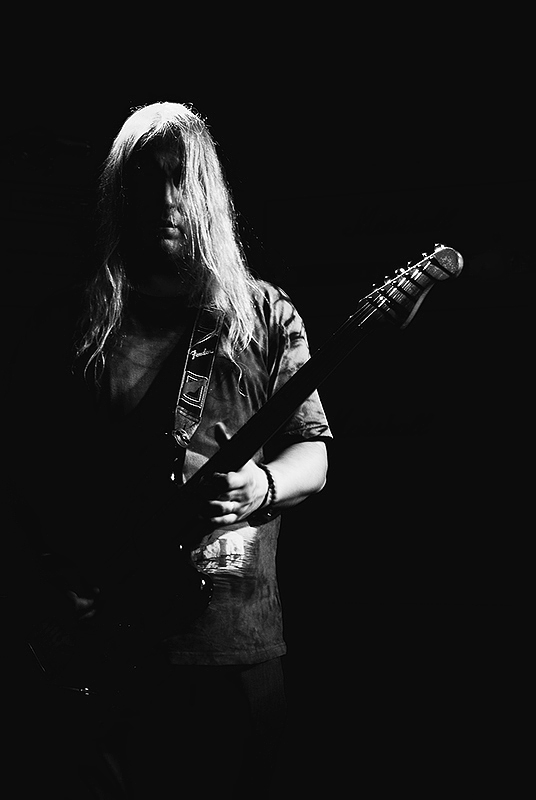 J Mascis
my life and job and desire/passion are purely based upon freedom and stoke- i am employed to travel around the world finding hills to roll down on a skateboard and take photos of the skating and the journey that goes with it- most definitely a dream.  even though our trips have a plan and a rough schedule, the core of it is having the freedom to explore, something that one can not do without freedoms- hence why it bugs me that the entire photographic process [doing-taking-showing] lacks transcendence of my idea of freedom.  i think these emotions have recently proliferated due to instagram, i was without a phone for 3 months [resolved 2 weeks ago- my instagram] and during that time i realised that i had no avenue left for ‘showing’ that wasn’t without consequence, well, all exposure is consequential but the value of consequence is not relative across potential means of exposure.  i can take photos on my phone that technically suck but were shot impulsively, ignorant to my intellect/photographic concerns and pure to me, yay!!    I realised this and bought a phone [with a sick camera] and now that i’ve got a phone I’m having a sick time and it’s 100% phone photos, i take a lot of photos with a real camera and i want those feelings [freedom of expression i suppose] to, once again,  be relevant to my SLR. 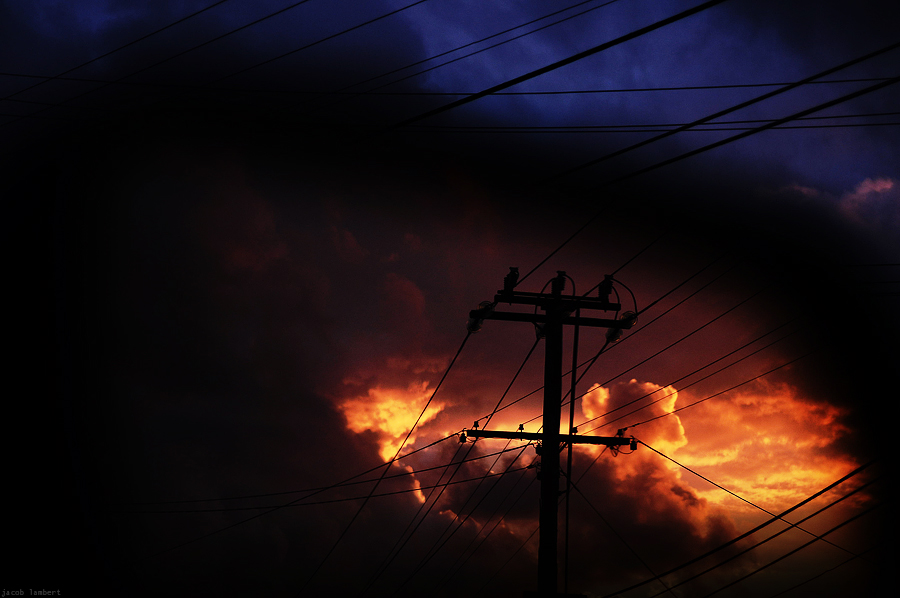 this rant has been making some pretty direct statements relating to my thinking but i’m just trying to get a point across to my future-self, obviously when it comes to thinking about thinking it seems clear-cut but our brains don’t operate in semi-spherical fashion, there is a synergy and when you become witness to the two-sidedness of your analytical motives you’ll begin to really enjoy yourself… or not…, but it’s something that is short-lived [unless you like self-pity, in which case i do not suggest introspection]   i’m no psychologist but i often think about how i think. 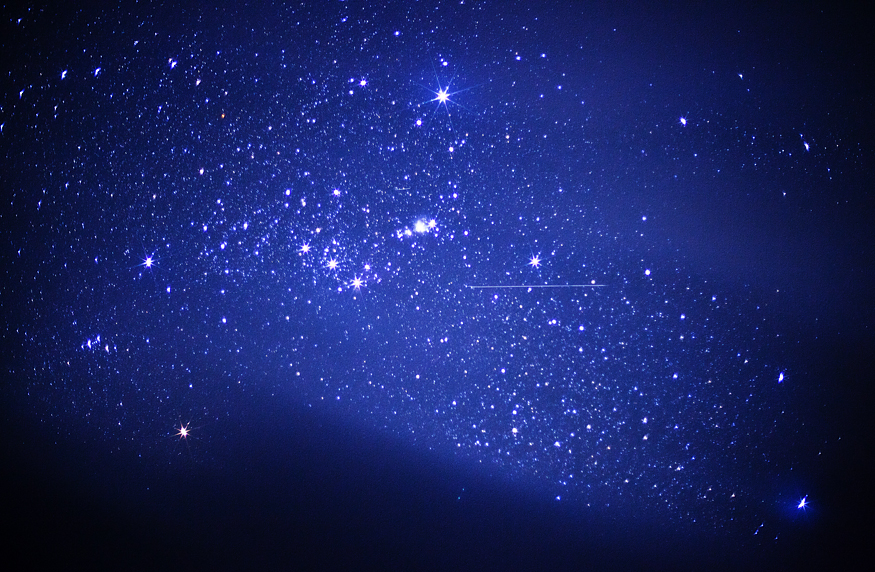 i love spontaneity, it’s definitely a part of my psyche that has the most power over what i do in terms of stoke attainment/retention and i don’t ever want to lose that. i’m blessed by my current lifestyle’s ability to afford me much spontaneity- for example i just finished a 1 month trip through sth korea and taiwan but i’ve got the freedom to stop into hong kong on the way home to chill-out and maybe photograph the current political unrest [photographing that sort of thing is something i’ve always wanted to do but in australia everyone is happy, pretending to be or scared [all 3 at once?] so there is little unrest..] also i’ll get to skate down there because there are mountains everywhere!! 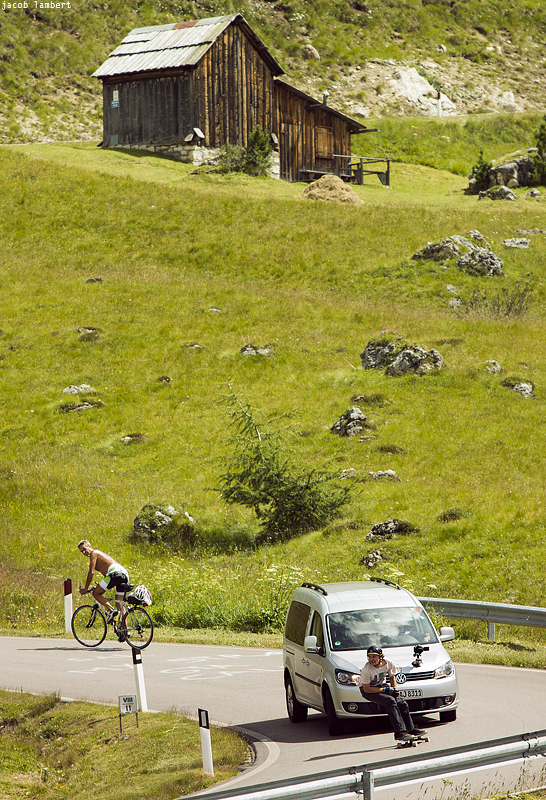 one of the more significant moments in lamb’s modern history.  Italian Alps.
i think whats happening, to some degree, is that with the more i learn about taking photos/the better i get/and the deeper my analytical process becomes [as in, i get older] the more concerned i become with reasons for why i think a good photo is good, and for a lot of things that is great!!!  but for this blog i enjoy it because it is illogical, irrational and most importantly a representation of the beauty i get to witness day-to-day and the only avenue in which i am motivated to procure the non-sense of my thoughts for some sort of semi/permanent record for future smarter self to laugh and enjoy the inexperience of it all. 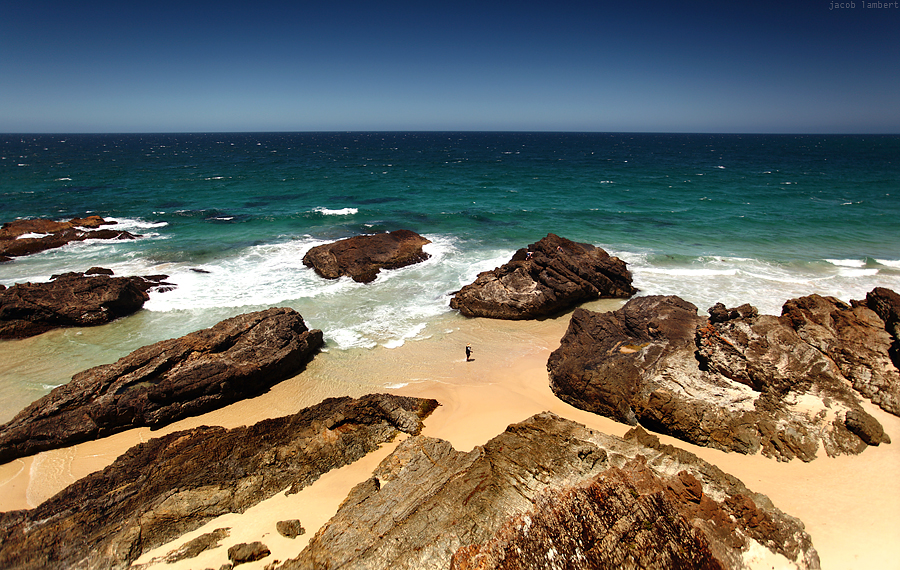 it’s easy to not carry my camera every day back home but I’ve recently realised its importance because on trips i’m never shooting the mundane, i’m never truly aware of the culture/aesthetic like i am when i am home and that insight [15 years or so in Brisbane], i feel, forces me to shoot impulsively- which is sick!!  on the other hand,  shooting skateboarding for a company means i’ve an overriding objective/logical process but i’ll keep doing and enjoying is as they’re casj and froth working with them as that whole situation gets me so very stoked. 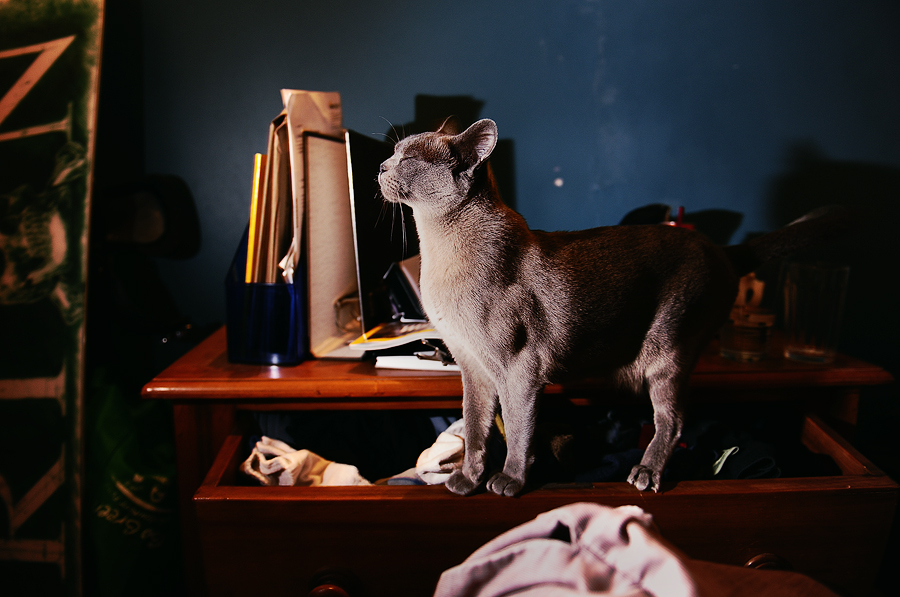 i can’t forget the most important [and costly] lesson of my life- sticking to my guns and my guns are for shooting restriction in the foot so freedom can easily win the footrace of life and enjoy all the stoke and contentedness that it deserves.  freedom is sick, we’re so fucking lucky in this day and age and i feel like we’ve got to enjoy it now because i’m coming to believe [not in any strictly apocalyptical sense] we’ll going through some pretty heavy shit in my lifetime. 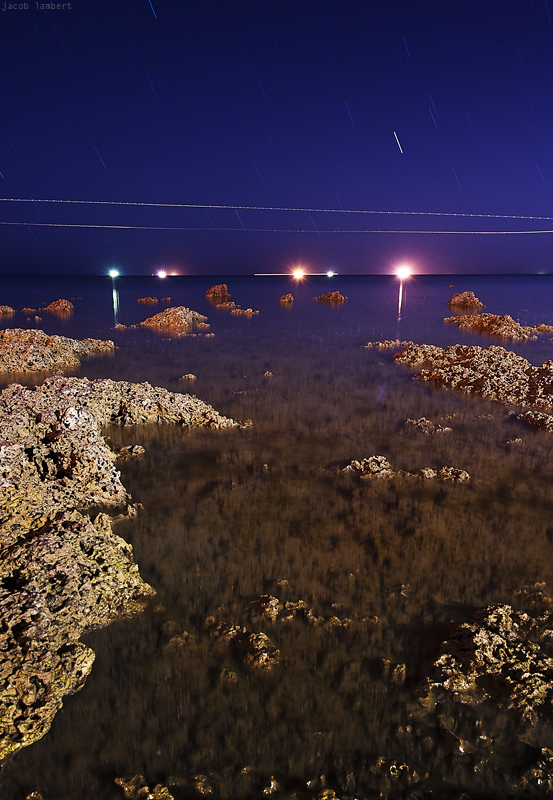 if i’ve got another 50 years in me i’m assuming i will see 1/4 of the population starve, millions of people displaced due to shortages/water level and who knows.. i don’t research that stuff.  and we just don’t care, we’ve gone to deep because we’re out of the food chain and feel superior as we ‘own’ this place, but we don’t- we’re just fucking it up as much as we can get away with until we have a real problem, and then the people without the power/money will pay the price :/   but it doesn’t get me down, no way, it gets me up because i know this glorious lifestyle that i’ve found myself in won’t last forever and that alone makes it all the more enjoyable.. I’m excited for change and if i plan to shoot conflict down the road i’m going to be right on time, not for war [war sucks and is semi-irrelevant] but when someone has nothing left, they get desperate and there is going to be a lot of desperate people who want their story told and i would like to be there to help them get that story across/more importantly i’ll get to shoot hectic shit!!! 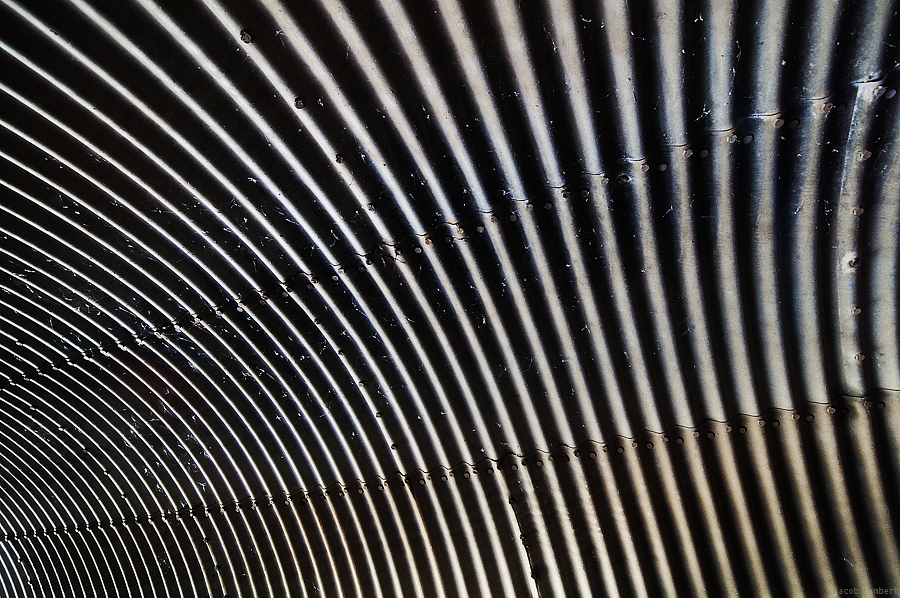